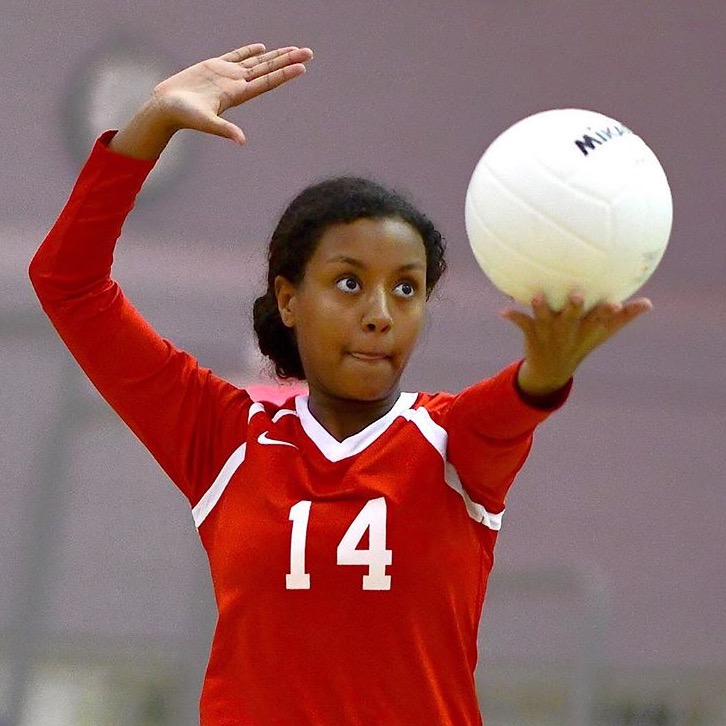 On Sept. 19, the varsity volleyball team took on Hayfield High School.
The Atoms played the Hawks as best as they could, but they ultimately fell short, losing by a score of 3-0.
With the second part of the season awaiting the Atoms, they look to have a better second half of the season than the first, where they limped to an 0-14 record.
Even though the Atoms lost, they never gave up.
“We put up a really good fight. We never gave up on the court,” senior Jessica Roop said.
After the loss to the Hawks, the Atoms felt they had room for improvement.
“I think there is always something I can improve on. My main focus is my skills. I want to improve on my passes and the power of my hits,” junior Alison Scott said.
Roop also felt she could make improvements, as she felt she could felt she could improve her passing.
With the second half of the season approaching, the Atoms are setting goals for themselves. All the players are looking to go above and beyond their goals.
“I think one goal everyone has is to win some games, although that may not always happen. Other than that, my goals for this season is to have fun no matter what happens,” Scott said, one of many players who will be looking to improve by setting goals for themself.
The Atoms will next be taking on Mount Vernon High School on Sept. 26 and look to improve on what’s been a shaky season.