Softball steps up to the plate 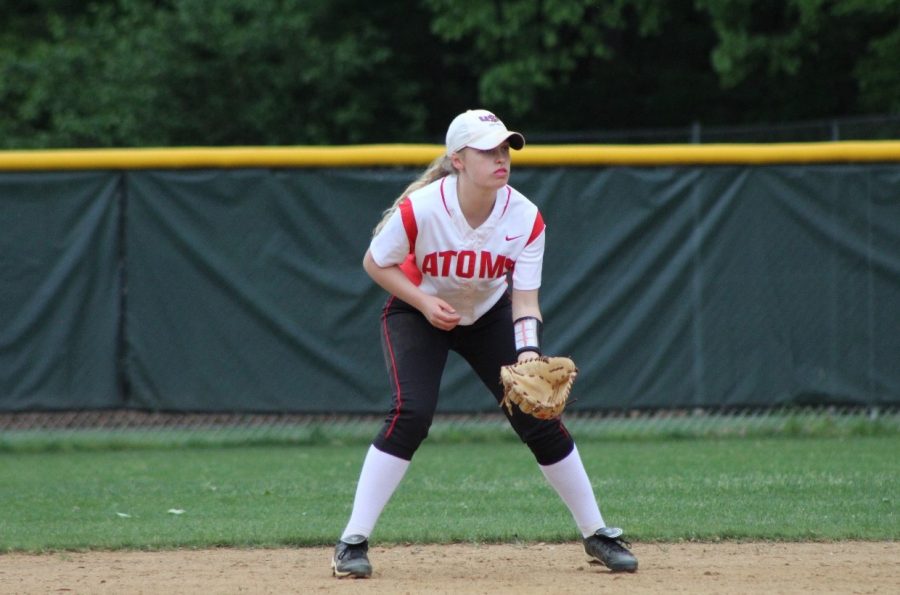 The Atoms softball team is preparing for their first games of the season after competing in two scrimmages.
Although the score of the games were not kept because it was a scrimmage, the team feel like they put on a good performance that can lead them to victories during the regular season.
“I think the game went pretty well. We got better as the game progressed,” senior Elizabeth Corcoran said.
There were some positives and some negatives to their clash with the Colonials on Fri. March 9.
“The good things were that we adjusted to the pitcher every time we went up to the plate to bat. We also communicated a lot better than in our first scrimmage,” Corcoran said. “The bad things were that when things were not going our way, we couldn’t stop the bleeding. Instead, we would dig ourselves into a bigger hole before we were able to work out of it.”
With their first game against J.E.B. Stuart HS coming up on the horizon, the team will be looking to see where they can make improvements before they open up their season on Tues. March 13.
It’s cliché, but practices will play a key role in preparing the atoms for a busy season of softball.
“Our practices are very structured. We warm-up, base-run, throw, and then break up into infield and outfield. Then we’ll do hitting stations and then come back to do a ‘live game situation’ scrimmage,” Corcoran said.
The team has all bases covered for what to practice, and will be hoping to turn this hard work into victories this coming season. Victories are not everything, of course.
“My goal for the season is to help my teammates improve with each game we play,” Corcoran said.
Improvement will be the name of the game for the atoms softball team this year, as the begin their inaugural season in the Gunston District.
They will be hoping to gain chemistry as a team to begin the season on a strong note.