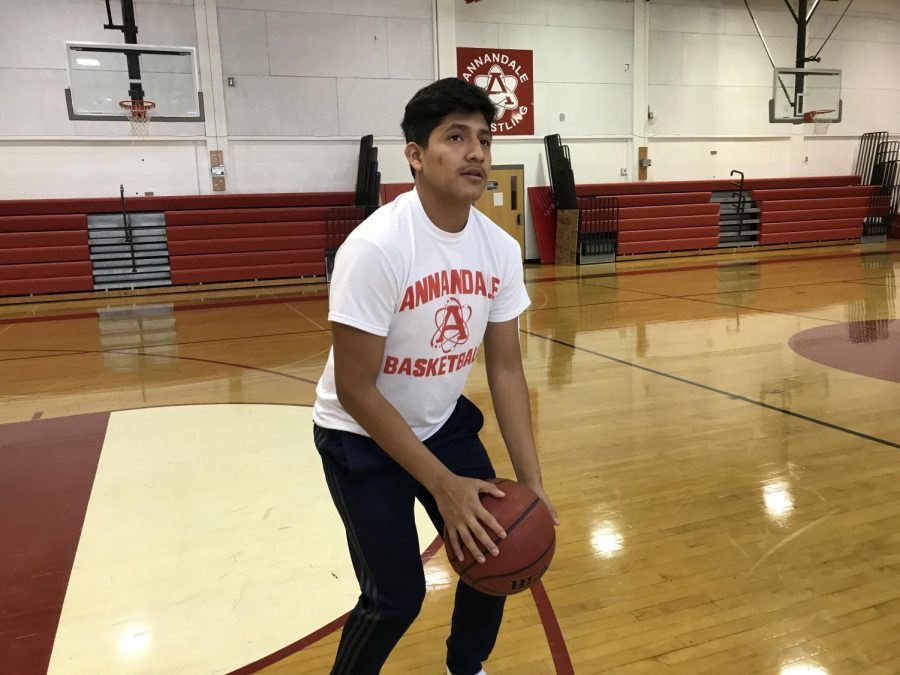 With a new season comes new players and new opportunities to improve. The basketball team is looking to live up to last season this winter. With a steady record of 13-4, the boys varsity basketball team led by coach Deidrich Gilreath is poised and ready for this year’s team to take the conference by storm and fully showcase their skills and capabilities.

Tryouts for the team were held from Monday, Nov. 5 to Wednesday, Nov. 7.

“We have eight returning players from last year, but seniors Junior Lotongo, Mo Kanu and Devin Gill are three guys who are back that were starters last season,” Gilreath said.

Some other returning players this year are seniors Alejandro Casquino and Abbey Yared. Their desire to be on the team and willingness to go the extra mile to work hard were key traits that coach Gilreath was looking for during tryouts.

According to Gilreath, the defense that the boys played last year is a large factor that influenced their decent season. Despite this and the fact that there are many returning players from last season, Gilreath looks to improve their team both mentally and physically.

“Something that we will do different this year is play a lot faster on offense,” Gilreath said.

However, speed is not the only factor that needs improvement in. In addition to speed, Casquino believes that the team needs to play position less basketball. This will allow the boys to play not only at a faster tempo, but also get their number shots up. The team also already has their objectives for this season clear by knowing exactly what needs to be done to improve.

“Since a lot of us are seniors, we all have the same goal in mind,” Casquino said.

They want to give it their all on the court and have an excellent performance in the tournament.

“This season, we are hungry for the district championship, something that AHS basketball has not seen since 1994,” Yared said. “We also want to play well throughout the regional tournament and advance to the state tournament, where we want to win it all.”

Although last year the basketball team finished with a winning record, players still know how they are going to approach the season differently.

“This year we want to play hard throughout the entire season, and postseason with some momentum,” Yared said. “Last year we took our foot off the gas a bit towards the end, but we hope to work harder and advance further.”

“We prepare for games by having intense and effective practices,” Deidrich said.

The team has their first test of the season Nov. 15 against the South County Stallions.

“I’m expecting us to play hard and together,” senior Junior Lotongo said. “[Also to] do what our coaches have taught us and have a positive outcome.”