Injury of the issue – Alison Scott 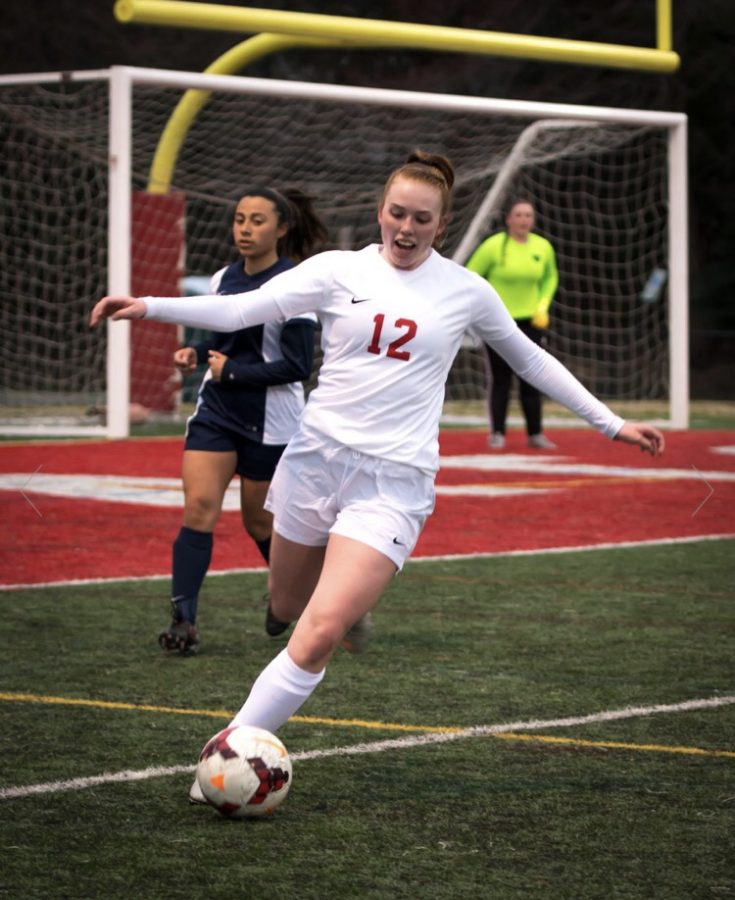 Senior Alison Scott boots the ball away on defense.

Q: What sports do you play for AHS?
A: I play volleyball and soccer for AHS.

Q: What is the injury that happened to you and when did it happen?
A: I tore my ACL during my junior year on the soccer team.

Q: What were the injury’s effects on the team overall?
A: Both sports [volleyball and soccer] lost a player on the field or court, but they never lost the spirit of me being there. The only effect this injury had on the teams was me being unable to play.

Q: Overall, how has the rehab process been?
A: The rehab process has been difficult overall. I started off not being able to walk, but now I am able to jog, which I think is a huge achievement. Setting and reaching little goals makes the process a lot easier and manageable.

Q: How much longer do you plan to be out of sports?
A: My goal is to get back before soccer season tryouts. So, my plan is to only be out of sports about two more months.