Atoms try out for a spot on the varsity team before the first tournament. 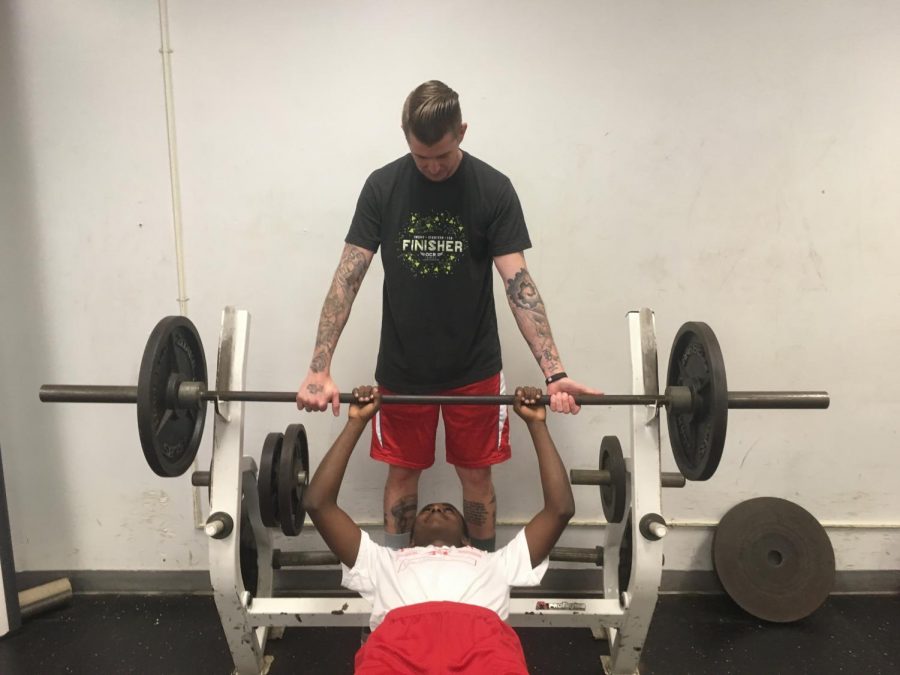 After having a respectable season last year with a district title under their belt, AHS wrestling heads back into another season. Currently, they are going through the preparation phase by training and designing the roster for each weight class.

“The varsity roster will be decided in the future by wrestle offs,” coach Damico said. “These will occur for each of the weight classes that have more than one wrestler competing. The winners will be awarded with the varsity spot.”

The results of these wrestle offs and the roster will be finalized before the first tournament that the Atoms will enter.

AHS wrestling’s first tournament of the season will be the NOVA Classic at Fairfax High School on both Dec. 7 and Dec. 8.

Following their first tournament, the Atoms will host a match on Dec. 12 against Lake Braddock and C.D. Hylton.

However, AHS has lost some talent due to the graduation of last year’s seniors Allen Kokilananda and Uriel Sejas.

Fortunately though, there are numerous freshmen and underclassmen that have been training hard and preparing for the upcoming season with talent to be reckoned with.

“The freshmen bring a lot of new energy and a hunger to learn, most of them have never wrestled before but some are quick learners and could be challenging for open varsity spots soon,” Damico said.

The team has already sought improvement to embrace the challenge of defending their district title as many of the wrestlers have been working with conditioning and strength coach Klein.

“I am feeling very good so far about this year’s team,” Damico said.

Coach Damico also expressed that the team’s goals should include those who qualified for states to place in their weight class.

Nevertheless, AHS wrestling is set to have two scrimmages to help them identify improvements that need to be made to have another remarkable season.