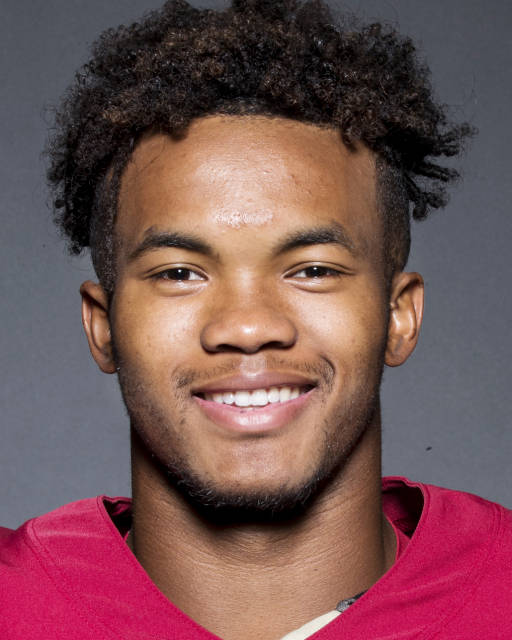 Quarterback Kyler Murray was awarded the Heisman Trophy for his 2018 season. Murray plays for the Oklahoma Sooners.

College Football is making its way to the end of the season, but it’s not quite over. The four team playoff is yet to take place.

The College Football Playoff (CFP) was added in the 2014-2015 season. This year, the four teams consist of Alabama, Clemson, Notre Dame and Oklahoma. Alabama will play Oklahoma in the Orange Bowl in Miami, Florida and Clemson will play Notre Dame in the Cotton Bowl which takes place in Arlington, Texas. Both games are happening on Dec. 29. The Championship game will happen on Jan. 7.

Alabama’s season played out like any of their other seasons, undefeated. There were some tough games in the schedule, but they were completely dominant throughout the season. Clemson’s season seemed easy, being in one of the most non-threatening conferences in NCAA Football, the ACC. They did have some competitive games and having three top level quarterbacks helped them get to the number two spot. In the three seed, Notre Dame is getting their first go-round in the playoff after a great season with a record of 13-0. This reinvented the football program making Notre Dame a dominant football team once again.

Oklahoma, the underdog of this playoff, is the only team with losses. It was a difficult season for them, but they were able to get through it with Heisman winning quarterback, Kyler Murray.

They will play Alabama first which will be huge for them if they can win. Alabama almost lost to Georgia in the SEC Conference championship game. Even though Georgia was ranked in the top 4, Alabama was able to dominate in the second half.

Some other notable bowl games are the Rose Bowl game which is Ohio State vs. Washington. Both teams were contenders for the playoff, but just couldn’t quite hold on.

The PlayStation Fiesta bowl game which is LSU and UCF. LSU had a tough season because of the matchups, they just couldn’t win against the bigger teams. UCF on the other hand had a groundbreaking season. They went undefeated, but because of lack of schedule strength, they weren’t quite playoff material.

The Chick-Fil-A Peach bowl will feature Michigan vs. Florida, two teams that had pretty good seasons. Michigan could have been a big playoff dominance, but they did lose to a couple teams which knocked them off the running towards the end of the season.

Florida really tried to hit big this season, but lost a couple too many conference games  and the AllState Sugar Bowl which is between Georgia and Texas. Of course these games do not feed into the playoff games, but they are definitely going to be fun to watch.

There have also been some incredible talent on the football field this season. Heisman Trophy winner, Murray, passed for 4053 yards, had 40 passing touchdowns, only missed 29.1% of his passes, 892 rushing yards, 11 rushing touchdowns and is responsible for 306 of Oklahoma’s points this season.

Another notable player has been Will Grier. He is the quarterback for West Virginia who had 3864 passing yards. As the season comes near a close, look forward to a competitive bowl season and playoff. All semifinals will take place on Dec. 29 and the Championship on Jan. 7.