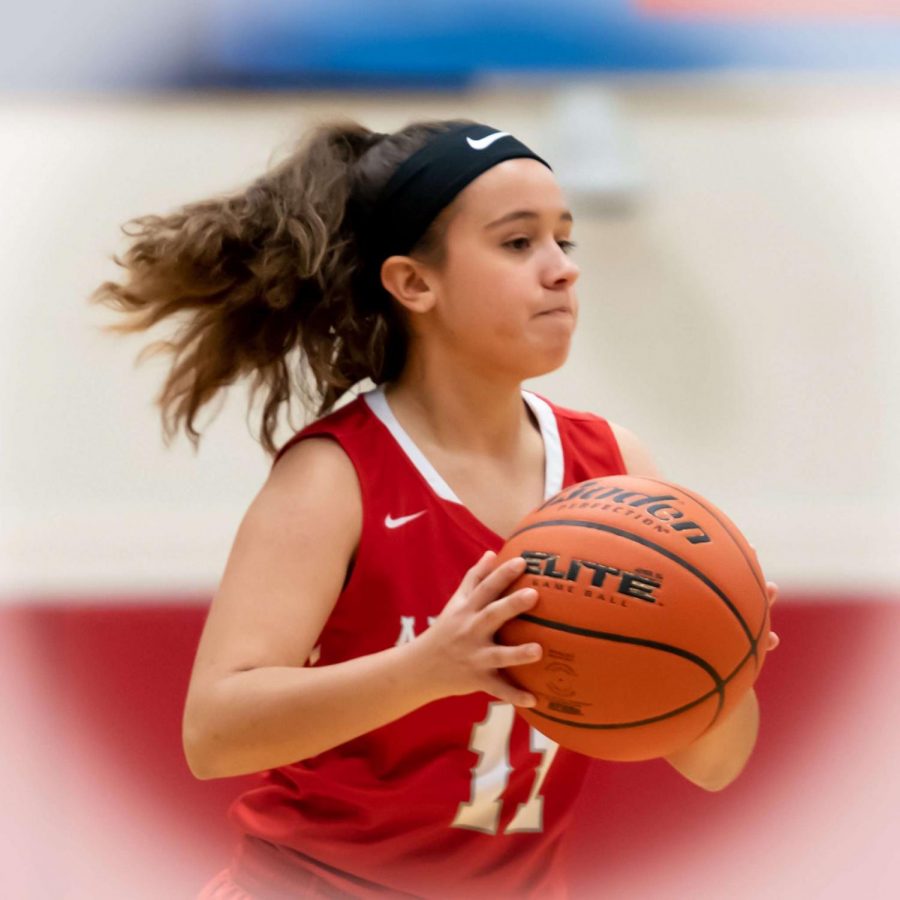 Sophomore Jayden Joya is looking for the right time to pass the ball to her teammate to score against T.C. Williams.

On Jan. 18, the girls varsity basketball team lost to the West Potomac Wolverines by a score of 57-45.
On Jan. 22, they lost to Centerville 58-41, making it the seventh game that they have lost out of 16 games this season.
Despite their loss, the players continue to feel positive about the upcoming games and are looking to improve.
“I feel pretty good about the upcoming games,” sophomore Jayden Joya said. “I think that despite the loss our team had, we did pretty well and fought hard.”
Junior Annika Yungner reflected on the game having a positive perspective.
“I feel good about the games,” Yungner said. “We struggled some, but I felt that we gave it our best. Especially when one of my teammates was taken out on injuries.”
Throughout each game, it is evident that there can be room for improvement.
“Our defense was great, we had tons of steals, and were able to stop the majority of the driving,” Yungner said. “I think we can improve our free throws, and not rush our passes or our plays.”
Meanwhile, Joya believes that the team can improve in other aspects. There are a few methods in place to achieve these team goals.
“Before a game, we talk through our goals and run through our plays, then we focus by listening to music. We prepare by practicing as a team before the game, but we all also have our different ways of focusing and preparing,” Joya said. “I prepare by listening to music that motivate me and getting good sleep.”
In regards to the approaching districts tournament, the girls believe they can go far.
“Right now, we are about four games into the season for the tournament. After playing each team twice, we get placed in the tournament based on wins,” Yungner said, “In past years we have not passed the first rounds, but this years I really believe that we can go far.”
The Atoms will continue practicing and giving it their all on the court. The girls have played two other home games after this one against T.C. Williams and Hayfield and haven’t came on top in any of those.