Track prepares for a new season 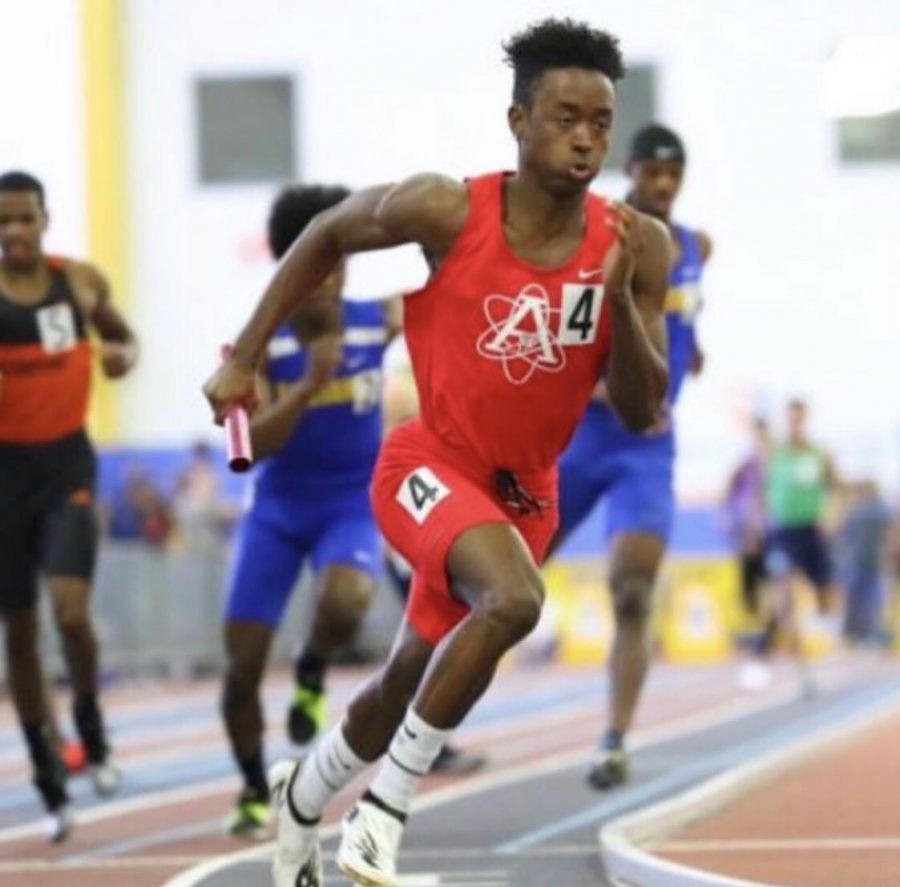 Dazon Harrison, who qualified for nationals and placed 38th, races in a relay during an Invitational on Jan. 11.

After advancing to the VHSL State Indoor Track and Field Championships and placing 34th as a team, AHS track heads into a new outdoor season.

At the state meet, highlights for the team include a fifth place finish by senior Dazon Harrison in the 300 meter dash.

Harrison’s past times in the 200 meter dash this season qualified him for the New Balance National Indoor Championship. That meet took place from March 8 to March 10 in New York.

Additionally, the 4×200 meter relay placed 15th with a time of 1:34.52 and sophomore Andy Zepada placed 11th overall in the boys shot put event.

Following their undoubtedly successful indoor season featuring many accomplishments such as advancing a runner to nationals, the team looks to seek even more success during the outdoor season.

The Atoms will now look to find this success success early on, hopefully during their first meet of the season just one month after the conclusion of indoor track postseason.

“For the upcoming outdoor season, we are looking to build on our endurance abilities, specifically early in the season,” coach Harris said.

The first meet of the outdoor season will take place at West Potomac High School on March 27. It will be against West Potomac, Mount Vernon, Hayfield, and T.C. Williams.

“In order to prepare for these upcoming meets, we will increasing the amount of tempo intense workouts,” Harris said.

So far, the team only three total scheduled invitationals between March 27 and the District Finals on May 14 and May 16.

The other two besides Carolyn Legard Relays are Lake Braddock Hall of Fame Invitational on April 12 and Cassel’s XBC Track Experience on April 27.

However, there are a plentiful amount of in-district meets against every other team in the Gunston District which will greatly assist AHS in their preparation to outperform standards and possibly win the district at the end of the season.

Last year, though, the team had a mediocre finish in the district of third place for boys and fourth place for girls track and field, but the team indeed moved onto regionals.

“This year, one of the team’s main strengths going into the season is the 100 and 200 meter sprints on both the boys and girls side,” Harris said.

No matter the result of last year’s meets, AHS has shown a great deal of improvement during indoor track and will have a lot to look forward to as the season unfolds.