Soccer loses in round 2 of regionals 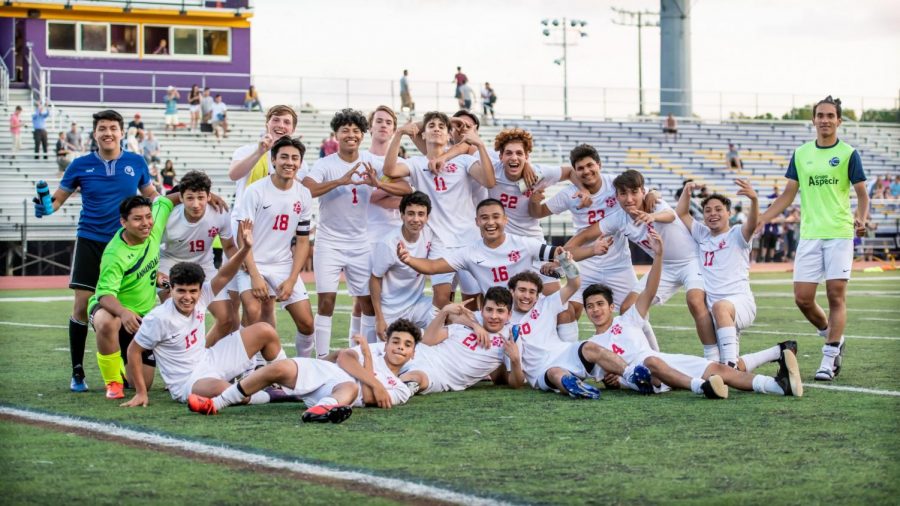 The varsity soccer boys won their first regional game on Monday 5/20 against Lake Braddock. The score was 4-0 and throughout the game, the whole team did exceptional playing well and the game of soccer as how it should be.

The first quarter was played very quickly, with two goals scored in less than 10 minutes, the boys were off to a great start.

“The game was great. We started off strong and they (Lake Braddock) didn’t expect a goal in the first minute and I played pretty well. I scored 2 goals in the first five minutes of the game, but after that, I was pretty tired so I need to work on my stamina.” junior center attacking mid-Andy Hernandez said.

“The next game we will be playing is TC Williams and this will be tough, but we will play our best,” Hernandez said.

Unfortunately, the boys lost in the next round in a tight game against TC, 2-0, to end their season.

It was a tough game. The Atoms couldn’t start an offensive run. The defense did as much as it could but without an offensive push, the defense was only able to do so much.

But even with the loss, the team felt pride in their season, especially in their coach.

Coaching a group of teenagers can be tough and also challenging but varsity coach Tejas Patel does it well by understanding how the players play and working on their skills to better them as players.

“Looking back, I think that there are a number of things that I could have done differently when coaching our players,” Patel said.

“I hope that the players have taken away some of the positive aspects of coaching that I stress performing well in your studies and at school along with respecting your teachers, coaches, and fellow players. They are a talented group of players and I was just a guide to help them realize their true talents.”

The boys did very well with the fundamentals of soccer. Their chemistry is also very high because of the built friendship on the team, an occurring problem for most high school teams, the team was able to get along on an off the team.

It was also because of the extra time they practice on days they don’t even have a practice that they were able to improve. This extra practice lets the team understand what they have to practice on before a big game.

Some students might just go home right after school, but these boys played their hearts out for the sport that they love.