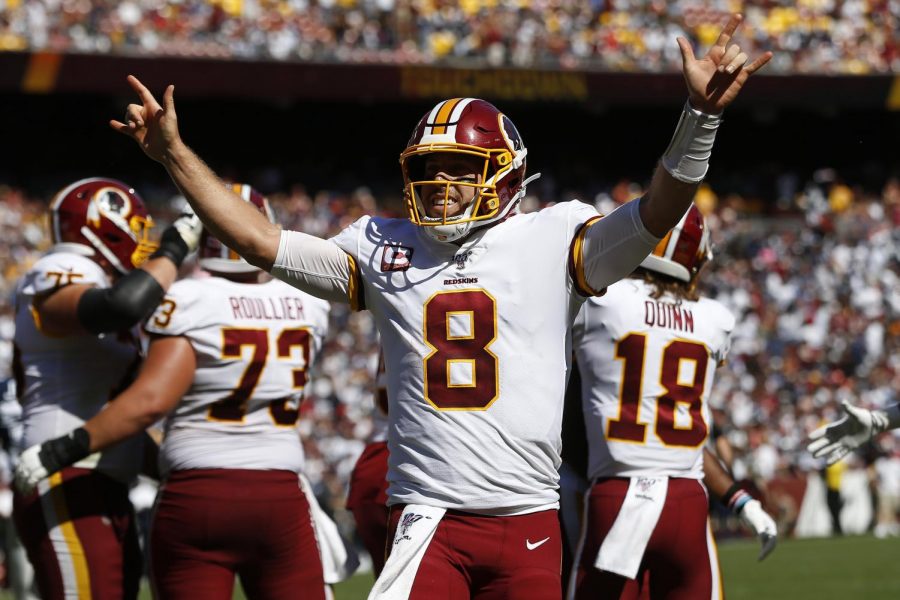 The NFL season is finally upon us. Fans have waited patiently waited for the Washington Redskins to begin their season.

After a disappointing 7-9 finish last season and a 1-3 preseason, many fans are looking for better results this year. After making strong moves in the draft, acquiring Quarterback Dwayne Haskins and Linebacker Montez Sweat.

Haskins had a promising preseason, throwing for 400 yards and two touchdowns. While Quarterback Case Keenum has been named the starter, many are hoping to see Haskins at some point. When Head Coach Jay Gruden was asked about Haskins being a contender for starting he said, “He puts enough out there on tape to say he deserves a shot, without a doubt”.

Many of the problems last year came from injuries. “I’m hoping for less injuries and a healthy season. We will also need a good offensive line,” junior Kyle Forte said.

The teams started off the season with a promising 6-3 record, before Quarterback Alex Smith was injured for the year. Quarterback Colt McCoy was also injured half way through the 2018 season. Between that and an abundance of other injuries on offense, the team was never able to get back on their feet.

This season the Redskins started their season away against the Philadelphia Eagles. After holding a 20-7 lead in a great first half, the Eagles came back to win 32-27. Many fans were disappointed while some were not surprised. “I don’t believe we’re going to get anywhere until we get a new owner. That’s our biggest issue,” junior Jackson Fornaris said.