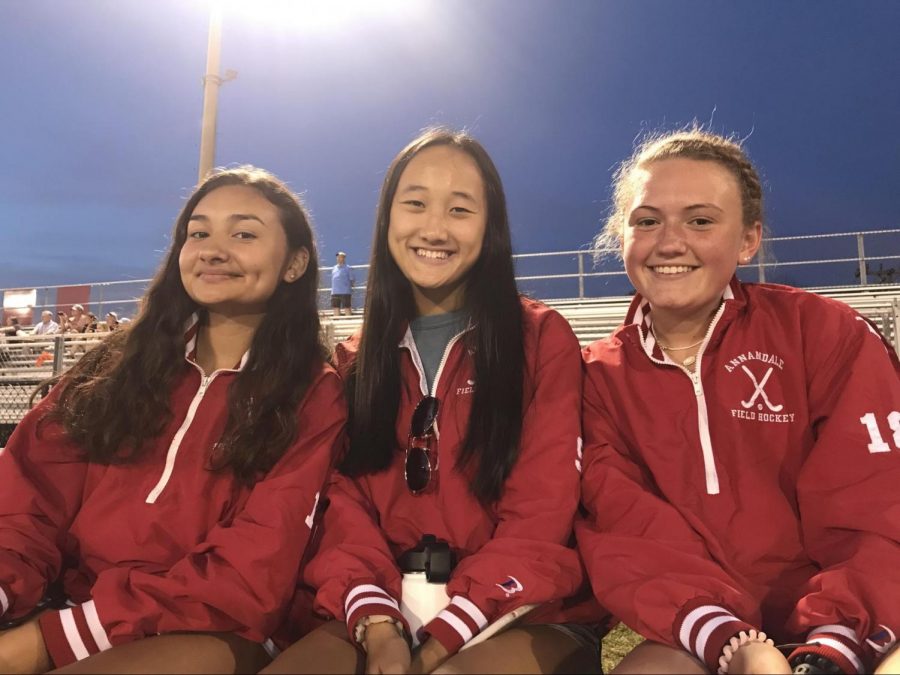 Despite their 6-9 season last year, the Atoms varsity field hockey team is already bouncing back. The first two games were a bit rough and resulted in three losses against South County, West Springfield, and Justice High School which was a tournament game.

The South County game that took place on Aug. 27 ended with a score of 0-6. Then, just a week and a half later they lost again but this time to Justice High School. The score was 2-5. Finally, they lost 0-5 against West Springfield on Sept. 10.

Although three games ended with an L, they were sure to get catch some dubs at the Invitational Tournament on Sept. 6. Out of the four games, they played they won three of them. They beat Robert E. Lee, Wilson, and Wakefield High School. There is still a very long season ahead of them which means that there are more opportunities for them to make this season a winning one. Some of their biggest competition would have to be T.C Williams, Justice, and West Potomac High School.

Senior Samantha Rodriguez, junior Natalie Nguyen, and sophomore Lilli Dalrymple are all out on injuries. “So far I think we’ve been doing pretty well, but there’s always more room for improvement,” Nguyen said. “I think our team is getting better and better at stick skills and we’re working hard day by day,” said Rodriguez.

As for being on the sidelines instead of the field due to injury and concussions,the girls were upset that they weren’t able to play. “We’re sad that we’re not able to play and help our team out on the field, but we’re still here supporting them from the sidelines,” Dalrymple said.

The team has been working and playing hard every day at practice to gear up against bigger schools that are known for having good teams. Their first away game will take place on Sept. 23 against Thomas Jefferson High School at 7:30 PM.

The girls are super excited for this season, especially their seniors because they know that they’re bound to catch some dubs. This year 12 of the 18 players are seniors so we all know that the senior night game is going to be quite eventful, to say the least.