Students turn to technology for fitness 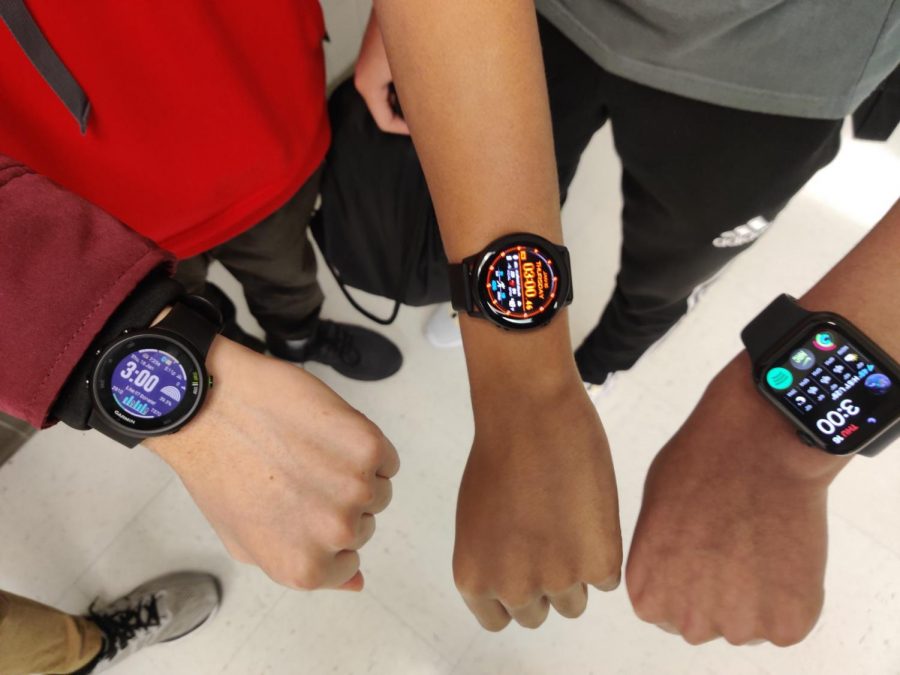 Technology is one of the greatest conveniences in the world, it can help you do an almost endless number of things.
In a world where technology has become a part of most of our lives from living in our houses as smart speakers or being in our pockets constantly in the form as smartphones one field of our lives that technology is slowly but surely being a part of is fitness.
People’s physical activity is one thing that has for the most part been something done with minimal or no technology at all.
However, technology like fitness bands like those from Fitbit and smartwatches like Apple’s Apple watch have become big hits in the last few years, and as a result, have found themselves on plenty of people’s wrists.
To help visualize this in the last ten years Fitbit has sold over 89 million wearable fitness trackers.
This new wave of wearable fitness trackers has caused ripples in the fitness communities, essentially changing the way that you stay fit.
By having what is basically a trainer on your wrist you are able to stay fit how you want, when you want.
This advantage to wearable technology has not been overseen with high schools like West Potomac offering gym classes with the wearable technology taking the place of the gym teacher.
Classes like the ones offered by West Potomac beg the question, how do Annandale students use technology to stay fit?
For junior Abraham Belayneh it means using his Apple Watch as extra help while in the gym. “I mainly use my Apple Watch to help track basic stuff like calories and my step count.” Said Abraham. “I also use it for more specific stuff, for example, I like the heart rate tracker so that I can keep my heart rate high during my workouts.” Workouts are the most common use of wearable technology as highlighted by Abraham. With the slew of fitness-focused features that most companies pack into their devices it only makes sense that many students would use them as their main workout accessories.
Not only is the versatility of many fitness trackers a major advantage but the depth of the data given to students can help them more finely tune their workouts to work out more effectively. While being able to give students data on their workout’s fitness tracker can also use that information to create their own workouts tailored to each student’s own work out data.
Junior Makonnen Makonnen takes advantage of this feature when he goes to work out. “Since I have a Samsung Galaxy Watch Active, I have specific modes set to different machines and routines.” Said Makonnen. Like Abraham, Makonnen also uses his fitness tracker to track himself during workouts “It also helps to see how many steps I’ve taken, calories I’ve eaten and how long my workouts have been.” Said Makonnen.
To point something out from Makonnen that proves the increasing popularity of wearable fitness trackers is just the sheer amount of choices students have these days in terms of wearable fitness trackers.
For example, Apple’s Apple watch is by far the most popular wearable fitness tracker worn by the vast majority of students.
But that is not to detract from the utter volume of other options there are available to the rest of the students ranging from plenty of different price points further increasing the availability of wearable fitness trackers to students.
The approval of wearable fitness trackers has also expanded beyond just the student but has also got coaches to acknowledge their usefulness in keeping students healthy.
“Sure, because if it keeps them thinking about making good decisions for their health, that’s always good.” Said Coach Maglisceau when asked about if wearable fitness trackers were good for students.
While the number of students that are now wearing and using them is always beneficial for the growth of wearable fitness trackers because students are the majority of people buying wearable fitness trackers.
But it could be argued that the quality of having coaches and other professional trainers approved could be more valuable for the growth of wearable fitness trackers.
The surge of popularity that wearable fitness trackers have experienced is a sign that many people’s workouts are quickly becoming more and more digital.
This contrasts with most people working out without much or any technology before wearable fitness tracker became as popular as they are today
The advantages of personalized workouts, accurate data gathering, and flexibility it provides students to give them the opportunity to have their workout be more effective than if they made it on their own.
These advantages along with the wide breadth of choices for students almost guarantee that most wearable fitness trackers will soon find themselves on a student’s wrist.