A fall with no fans? 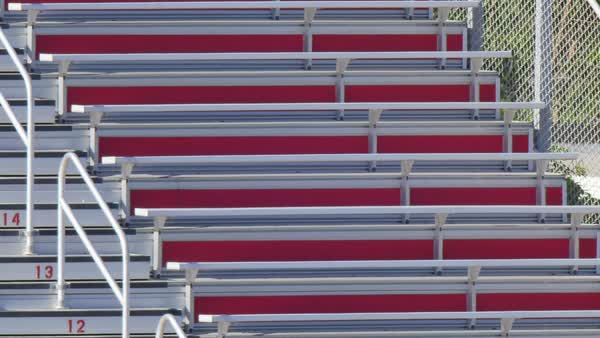 As we know, the coronavirus has spread worldwide, school is canceled, and it seems everything else has been canceled. There is a lot of uncertainty in the sports world when everything will resume.

The MLB, NBA, XFL, and NHL have all postponed/canceled their seasons. It’s still a mystery if the College Football and NFL seasons will continue. But where will the Atom’s football season end up?

High school football on Friday nights has been a tradition for decades and having fans there makes it what it is. It makes games interesting and it’s part of the “traditional” high school experience. However, it wouldn’t be there if FCPS takes fans out of Friday night football.

“I think the atmosphere would change a lot because as players, we feed off the fans. We love hearing them cheer us on,” rising senior quarterback Danny Salisbury said.  “The fans can change the whole game”

For programs who make $300-$500 a game for five games a season, there would have to be that extra effort to make money through fundraisers. Even though the Marching Band would be removed from performing at games, they still are going to need more money for their other performances.

Besides all that, the games would seem boring and almost meaningless without fans.

There might be some positives for the players, like eliminating focus issues, but the players just want to get on the field.

“I don’t know if there would be a positive with the fans not being there,” Salisbury said. “At least the games wouldn’t be canceled and we would still play”.

This wouldn’t be the worst-case scenario either, there’s still a possibility of the season getting canceled.

“My attitude would change because it’s better than not playing football at all,” Salisbury said.  “With or without fans we all want to play.”

There’s still hope that we will all be able to enjoy football this fall and go back to school, and everything gets back to normal.