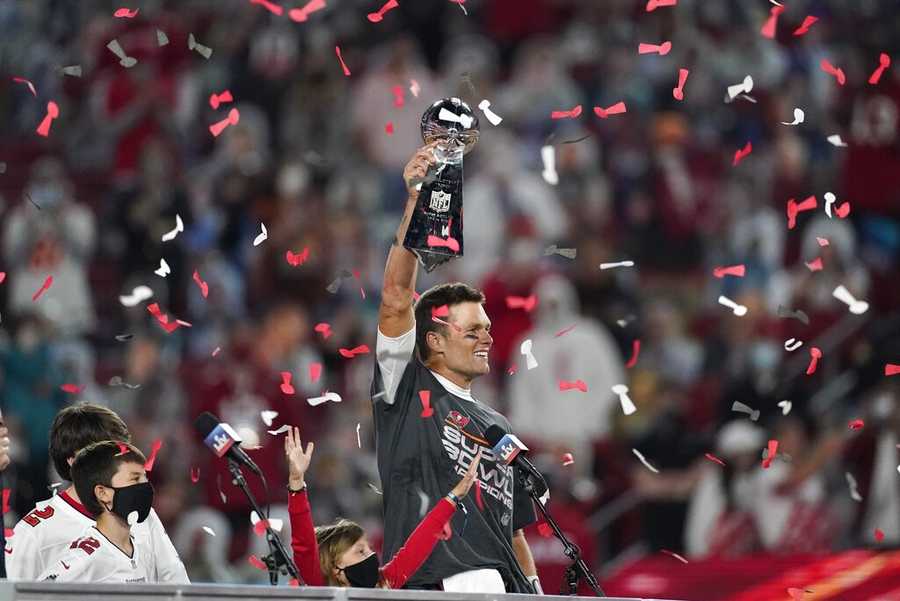 The Tampa Bay Buccaneers are Super Bowl LV champions, taking home their second Lombardi trophy in franchise history with a historic win over one of the most dominant offenses ever seen with a final score of 31-9.

The Buccaneers took control of the game from every standpoint. On offense, they put up 31 points and nearly 350 yards of offense, as running backs Leonard Fournette and Ronald Jones combined for 150 rushing yards. Quarterback Tom Brady had three passing touchdowns and won his fifth super bowl MVP.

“Rob Gronkowski and Antonio Brown impressed me a lot, considering both guys were out of the league last year, to be able to come back and perform at a high level has been awesome to see,” junior Zaid Said said.

Defensive coordinator Todd Bowles put together an unbelievable game plan and the Bucs front seven did a fantastic job of stopping the run and getting to Mahomes, as he was pressured more times than any other QB in super bowl history. The Bucs held the Chiefs to just 9 points and 0 touchdowns.

“I was surprised by the fact that the Chiefs offense only scored 9 points because they averaged 27 points per game this season,” sophomore Evan Newton said.

This was the worst loss of Patrick Mahomes’s young career, as the offense failed to put up a touchdown. However, the blame in this game is not on Patrick Mahomes, as he had constant pressure in his face and the Bucs secondary did a great job of taking away his weapons. He ran for nearly 500 yards in the backfield trying to escape pressure and make plays for his team.

Mahomes will have surgery on his toe in the coming weeks, as he looks to bounce back from this tough loss and get back to his 3rd straight super bowl next season.

Another key factor in this game for the Bucs was tight end Rob Gronkowski, or “Gronk” as fans call him. He finished as the Bucs leading receiver with 6 catches for 67 yards and 2 touchdowns.

Gronkowski came out of retirement this year to play for new Bucs Quarterback Tom Brady, after previously playing nine seasons for the New England Patriots with Brady.

This was Brady’s first season with the Bucs and head coach Bruce Arians, after leaving the New England Patriots in free agency after 20 seasons with the team.

“This officially makes Tom Brady the best quarterback in history. Nobody is doing what he’s doing at his age,” sophomore Emmanuel Adomakoh said. “His legacy is one of a kind, and I don’t think he’s done yet.”

Brady, who is 43 years old, and will turn 44 before the start of next season, became the oldest player to ever play in a super bowl in this game. Brady has already committed to being back next season, as he looks to continue his historic career.