Wizards have an underwhelming start to the season 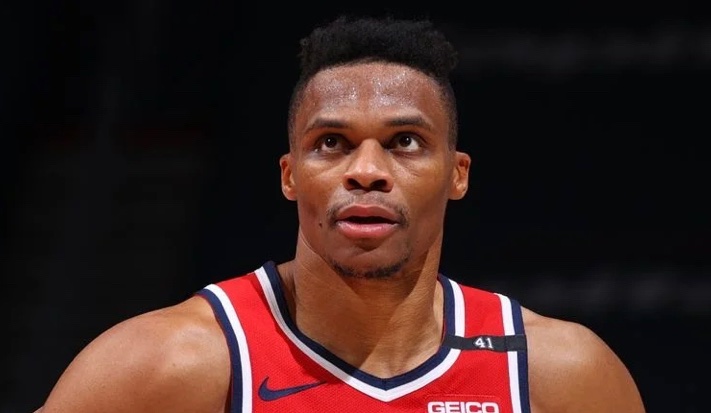 NBA player Russel Westbrook was drafted by the Washington Wizards for the 2021 season.

This past year has been a struggle for everybody in many different ways.That struggle continues for the Washington Wizards as they’re finding winning basketball games to be very difficult in the 2021 NBA season. In the last couple years, winning has started to become a natural thing, as the Capitals won the Stanley Cup in 2018, and the Nationals and the Mystics both won the championship in 2019. But unfortunately the Wizards just can’t seem to hop onto the districts winning ways as the Wizards haven’t won a NBA title since 1978, and have gone 3 straight years without making the playoffs.

During the shortest offseason in NBA history the Washington Wizards were hopeful of the season to come as they would be getting back John Wall, a former All Star who, due to injury, was out all of last season. But before Wall could put on the Wizards uniform for the 2021 season the Wizards did the unthinkable and traded John Wall to the Houston Rockets for former MVP, Russell Westbrook.

“I think picking up Russell Westbrook was a good decision,” sophomore Piero Vernazza-Cortez said. “I am a big John Wall fan so I was a little sad and confused by the trade but bringing in Russell Westbrook gave the team some hype around the league and I think that is good for the organization.”

One thing hasn’t changed for the Wizards this season, and that is the continuous form of starting guard Bradley Beal. Beal is averaging the most points in the league with 33.3 ppg. Recently the NBA have released the leading votes for the 2021 NBA All Star game, and after being snubbed of the game last year, Beal is leading in votes for guards in the eastern conference.

The Wizards have started the season 6-15, and are second to last in the eastern conference, if the Wizards want to make the playoffs this year and change the stigma they have around the league, they have to start winning basketball games now.

“I was really ready for the Wizards to be a different team this year,” sophomore Keyshawn Stancil-Anderson said. “With picking up Russell Westbrook and having a really early pick in last year’s draft I thought maybe this year’s team could be in the playoff race. But I don’t think Russell Westbrook is playing how people thought he was going to play”.

A major contributor to the Wizards struggle to win games is the underperforming Westbrook. Coming into the team Wizards fans were expecting him and Beal to lead the way for a young and inexperienced Washington team. But for the most part those duties are falling on Beal. Westbrook is averaging 19.4 ppg, 9.2 apg, and 9 rpg. His passing and rebounding abilities are second to none, but this year he’s struggling putting the ball in the basket compared to previous years in the league.

The NBA season is very long and there is a lot of time left for the Wizards to turn things around and get back into a playoff caliber team.