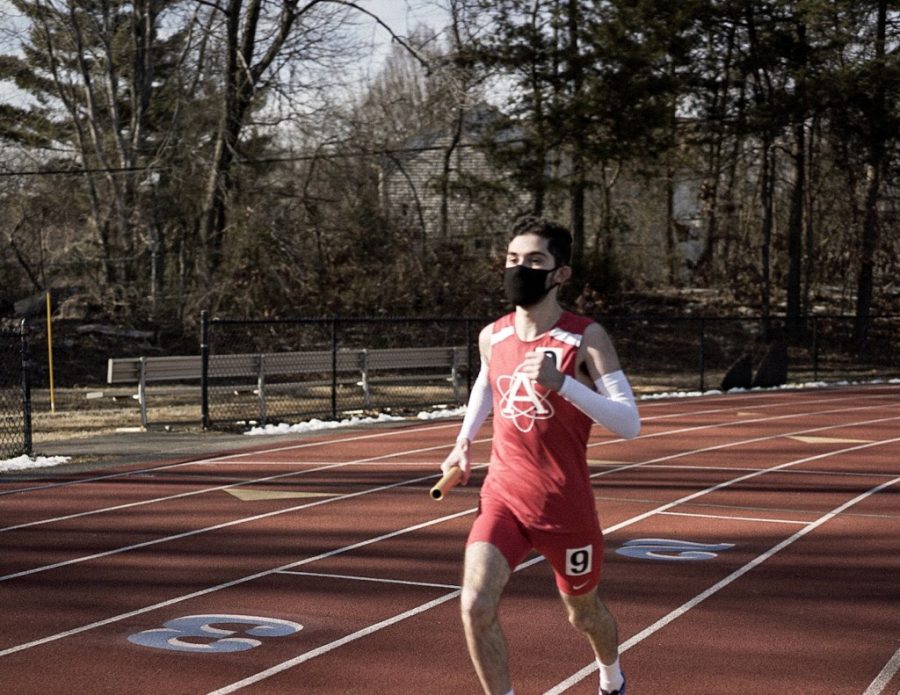 Following the conclusion of the cross-country season with its Occoquan Regional Championship meet on April 15, many athletes immediately entered the period of spring sports through their participation in Spring Track.

However, this upcoming track season will be a number of students’ first time running since the winter sports season.

Most of those who had a break between the winter and spring seasons were sprinters and competitors in field events, both of which are not offered during the fall season, which, for running, is dedicated to cross country.

In a normal year, there would not be a break between the indoor and outdoor track seasons. But, under the adapted VHSL schedule for this year, fall sports were placed in between the winter and spring seasons.

The Boys and Girls Track Team are scheduled to participate in their first meet of the season, hosted by Annandale on Mon., April 26 at 5:00 P.M against Hayfield Secondary School.

This first meet will be quite unique for the track teams participating due to the rare occasion that Annandale will be hosting the meet.

Meets tend to be hosted by schools containing bleachers around a track in order to provide a proper capacity needed for athletes and coaches to set up. Since Annandale does not have bleachers surrounding its track, the Atoms have not hosted a track meet in recent history.

The meet against Hayfield is only a dual, so proper seating will not be a problem since not many athletes will be competing.

Additionally, Hayfield has announced the poor condition of their field lights, prompting the competition to instead be hosted by the Atoms.

“It will be interesting because I have never experienced a meet at Annandale. The sprinting team is in decent shape, our strongest race will probably be our 4×400 or other relays” sophomore sprinter Miles Lanham said.

Unfortunately, there are only four regular season meets scheduled for the Atoms including the opening meet at Hayfield, which will serve as senior night for Annandale Track and Field.

The shortened season does not give seniors and the rest of the team a chance to enjoy a proper season as their time is limited by starting nearly one month late.

“I feel upset since it is my last year being a highschool athlete, but I’ve had so much fun over the last few years being with the team. My coaches have helped me so much in becoming a better athlete and have pushed me to new limits,” senior distance runner Nick Salazar said.

In addition, Salazar, along with much of the other distance runners, sprinters, and field athletes have expressed optimism regarding how Annandale will match up against Hayfield.

“This coming up meet against Hayfield, I expect our team to do very well and will definitely see some ‘PR’s.” said Salazar.

Since the departure and retirement of Boys Cross-country Coach Dave Ciccarelli, Coach Ryan Willis will continue his role as Head Coach for Distance Track in addition to his coaching responsibilities for cross-country.

Coach Phil Harris has been a track coach at Annandale for over twenty years. He coaches the girls distance team and the sprinting team along with coach Julian Scarbrough.

Although the roster numbers are slightly down this year, there is still a lot of hope for success in every event both on the track and in the field events.

“We have the returning conference and regional champion in shot and disc. We expect the same performance this year. Due to all the challenges we have experienced this year, I am excited to have a team of motivated athletes that will give it their all,” Harris said.