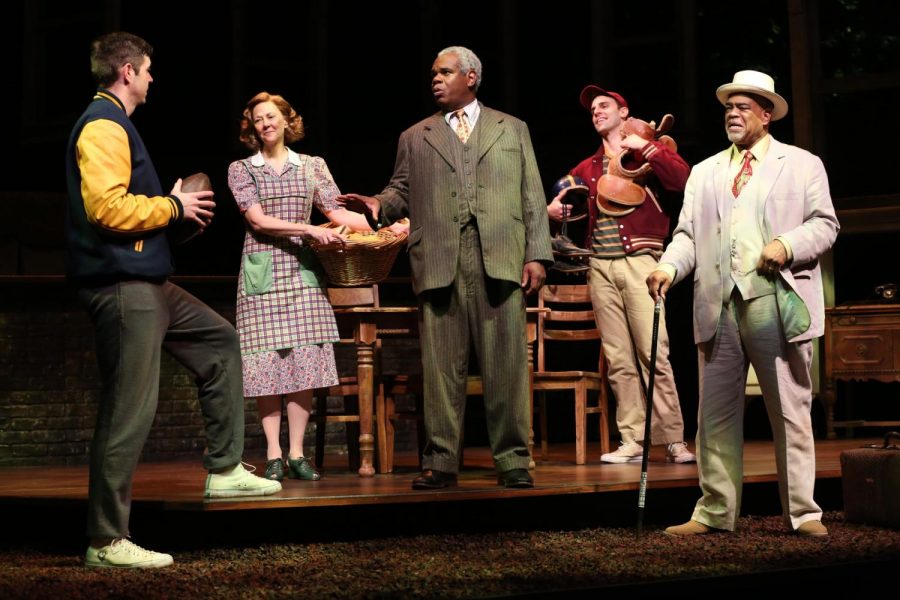 IB Language and Literature students had the opportunity to visit Ford’s Theatre, the very place Abraham Lincoln was shot. The purpose of the field trip was to watch a play, Death of A Salesman, based on the book they had read in class for the past month of the same title.

Before the play, students went across the street to visit the home where Abraham Lincoln had died. The home was still there, but there was a museum built on top of it and around it. Once inside, the actual room Lincoln died had been preserved and used as an exhibit. The actual bed was still there, and everything in the room. The bed Lincoln died in was very small, considering he was 6’4. Inside the museum, there was five floors. Each floor had a different piece of history on Abraham Lincoln.

After the museum, students went back across the street to Ford’s Theatre to watch the play. The play had two acts, with a ten minute intermission. The theater itself was very small, with the stage being small as well. There was no curtain to separate the stage from the people in the audience, so everything could seen at all times.  The audience were asked to please turn off their cellphones and refrain from taking pictures or videos.

The play, Death of a Salesman, follows an unsuccessful family living in New York. It follows the father, Willy Loman, and his eldest son, Biff Loman, and their rocky relationship. Both men have little success in business, and blame each other for their mistakes. The ending is expected, but still saddening.

The first act featured very good acting and a great use of lighting and props. Some of the actors had to change roles very quickly, going from adults to teenagers in sometimes less than a minute. The second act really grasped the audience’s attention, with more action and drama being portrayed by the actors. After the suicide of Willy Loman in the second act, the play ends with his wife, Linda Loman, mourning for him. The spotlight shines on Linda crying at her husband’s grave, and then slowly fades away.

Overall, the play was a great experience for these students who got to see the book they read come to life right before their eyes.