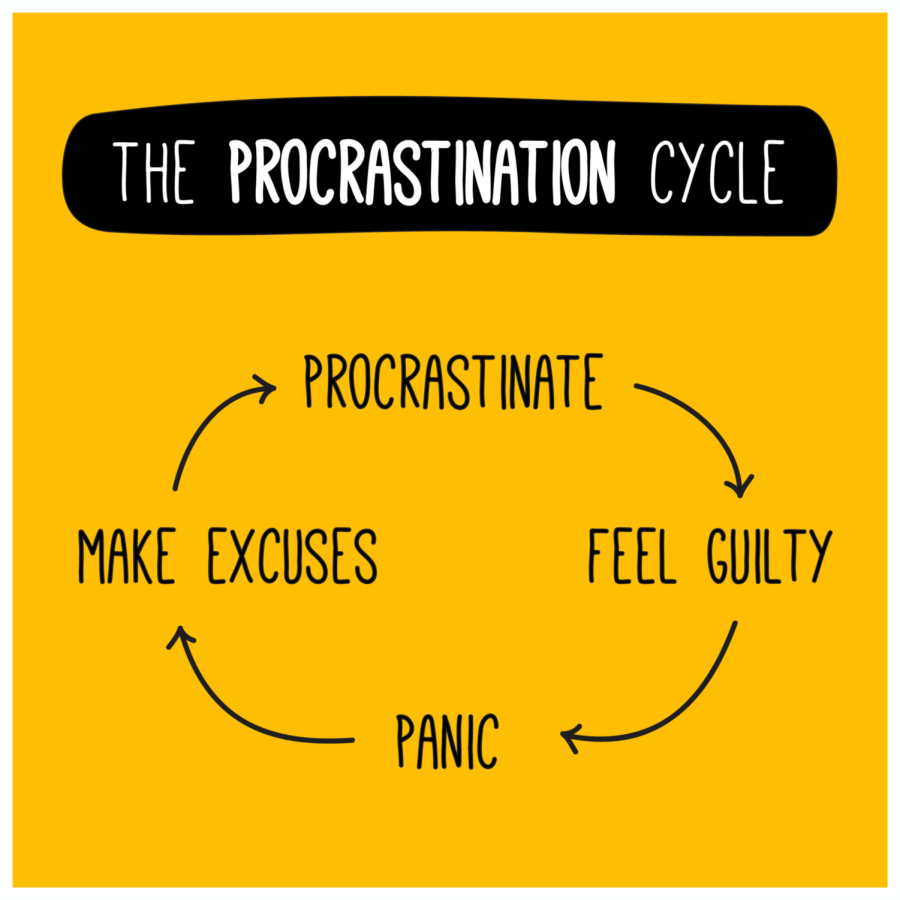 Procrastination can be a huge stressor, especially in teens.

There are many reasons as to why one may procrastinate. It can be due to fear of failure, trouble focusing, lack of sleep or low self-esteem. Some people may really wish not to procrastinate, but they do anyway.

“I think it’s completely natural,” math teacher Allyson Pak said. “Students aren’t taught good study skills in school. I personally procrastinate too. I can’t always tell by a student’s work whether they procrastinate, but sometimes before a test, they’ll pull out their notebooks and rush through pages, and that kind of gives it away.”

People often consider procrastination a bad thing. “I procrastinate a lot and it’s so bad. I lose lots of sleep and it’s so stressful. It’s a terrible habit and I wouldn’t recommend it to anyone,” sophomore Noor Ansari said.

However, procrastination has its perks too.

“It [procrastination] allows me to avoid stress for a moment, and come back to what I’m avoiding when I’m calmer. It also allows me to be a faster worker when I need to be,” junior Shahidah Kargbo said.

People who are procrastinators have ways of dealing with their procrastination, and usually end up getting what needs to be done before the deadline. Oftentimes when they’re so used to his habit, they can end up doing the same work in less time.

Some ways of dealing with the stress of procrastination are: