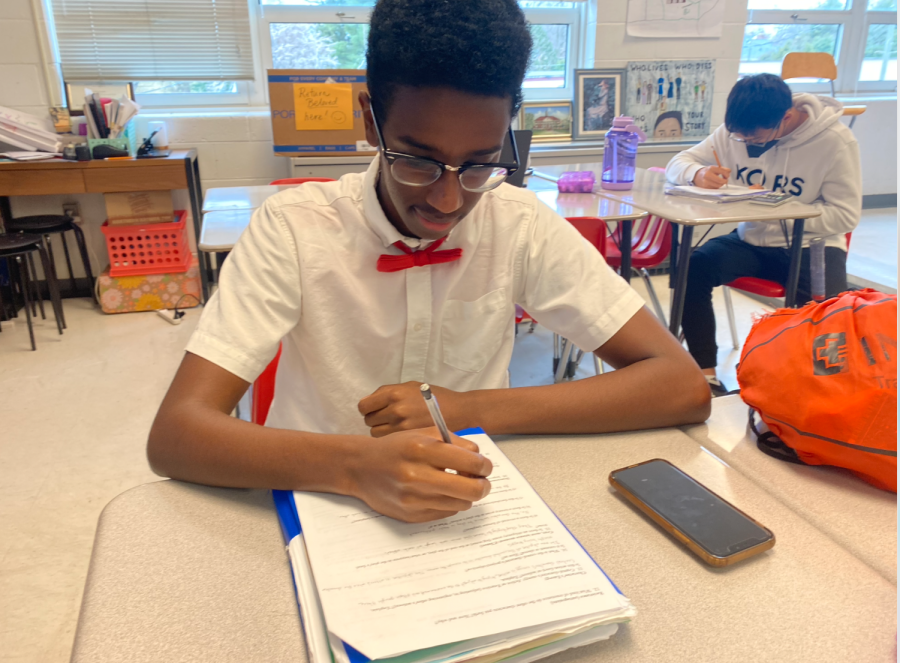 On March 1st, 2022, FCPS lifted the required mask mandate for FCPS students and staff. This decision came after the Virginia general assembly passed bill 739 which gives parents the freedom to opt their children out of wearing a mask in the state of Virginia.

Due to this decision, there has been a lot of angry feedback from concerned parents vocalizing that the decision came too soon and there is a huge risk for another spike in Covid cases.

On the other hand, there has also been a positive reaction from anti- masking parents that have spoken out in support for the new mask policy.

That being said, the biggest targets of the new mask policy are FCPS students and staff. From the students perspective, there are pros and cons to the new policy.

At the beginning, students were extremely reluctant towards the policy as it seemed “too soon” and the thought of coming to school without a mask on seemed foreign.

The mandate also came shortly after the spike in cases that took place mid January to mid February, so to many, the mandate seemed irresponsible and rushed.

“I personally don’t feel safe with the new mask mandate due to my family’s circumstances. I have high risk family members and I don’t think the mandate caters to everyone’s health needs,” said junior Ellie Davis

There is evidence on both sides of the spectrum proving the pros and cons of the mask mandate being lifted.

For the cons aspect, a board of Yale doctors conducted a research based article on the effectiveness of wearing a mask. The article shied away from the mandate being lifted as it is threatening to students and families overall health.

Although since the mask mandate was lifted, there has been no visible spike of cases.

A huge reason that many FCPS parents were against the mask requirement was because of the young children in elementary school.

They argued that the children that are “forced” to wear a mask have no real sense of childhood and they should be allowed to decide whether or not they want to allow their kids to wear a mask.

“I personally choose to keep my mask on because I don’t quite feel comfortable taking it off despite CDC guidelines. I do think that the decision made by FCPS was a little too quick and I think that Covid is still a huge risk,” said junior Ruftana Beyene

Many believe that the mask mandate is a political issue rather than a health based decision but FCPS has assured families and staff that the new policy is based on the CDCs guidelines and regulations.

“Based on new metrics and CDC guidance, FCPS will now adjust our roll back plan and allow everyone – staff and parents/guardians of FCPS students – to make a choice whether or not they will wear a mask starting Tuesday, March 1st,” FCPS official website.

Many counties and universities such as Alexandria and Arlington public schools have followed in FCPS footsteps in lifting the mask mandate and there has not been a drastic change so far in the total number of Covid cases.

What some may not know is that there is a negative stereotype that is put on students that choose not to wear a mask. Although it may be an ongoing joke, students call their peers who don’t wear a mask an “anti- masker”.

There are also political stereotypes that are placed on either side of whether or not students decide on wearing a mask.

Since the start of the pandemic, a new mask culture has been introduced into society and young kids, specifically teens, tend to play into it.

The culture surrounds whether or not students decide on wearing a mask and how that decision is used to reflect their character.

“It’s nice that things are going back to normal but I understand how people can be angry about this decision. I personally feel safe not wearing my mask during this time because of the low cases,” said junior Daniel Befekadu

A huge aspect as to why many students are choosing to keep their mask on is to not be labeled as an “anti- masker” and to avoid the social aspect of not wearing a mask around predominantly masked students.

The overall consensus is that most students will be keeping their masks on for the remainder of the year due to a fear of catching or spreading the virus.

Although some students have said that it is likely they will feel more comfortable taking off their masks next year if cases are low.

The mask policy in FCPS is meant to reflect the circumstances of public health. That being said due to the low cases, there is no required mask policy.