Prom changes with the years 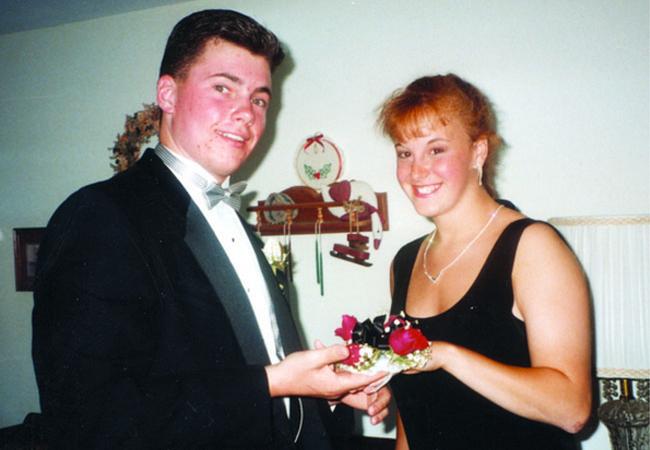 As the teachers reminisce about their Prom memories, it is evident that Prom is much more overplayed today. The past month at AHS has been filled with bouquets of flowers, decorated cars, orchestras playing love songs, posters and romantic speeches over the loud speakers-all in the hopes of asking a date to Prom in a cool, creative way.

“Back then, no one made such a production out of asking people to Prom,” guidance counselor Carrie Schaefer said. “We all just said, ‘do you want to go to prom with me?’ That’s it. No fuss, no pressure.”

This pattern of going all out to invite someone to Prom is more of a recent fad. It was a much more casual process several years ago.

“I asked my date to Prom,” history teacher Kellie Burke said. “He was a friend from another school that I worked with, and I think I did something cool like IM him.”

Not only was the invite to Prom nonchalant and different in the past, but the style of clothing that people wore has changed greatly. The outfits for Prom were much less dressy and underplayed in the past. Dresses that were long, solid-colored, silk and spaghetti strap were the common style among Prom dresses.

There was not as much sequence, textures, cut-outs, lace and bright prints on dresses back then. Today, dresses are usually floor length, standout dresses. Girls also have shoes and a bag that go with the color scheme of their dress.

“I don’t think I spent over $100 on either of my dresses,” Schaefer said. “The fashion for Prom dresses back then wasn’t really crazy, outlandish or extravagant. Most people in my school wore a knee length or tea length dress, not full on gowns like they do now. For the senior ball, I wore a simple black dress. Simple and classy is what most people went for back in the day.”

With a change of style has also come a change of price. Girls going to Prom spend hundreds of dollars on their dress alone. The flashy, attention-grabbing dresses that are the common style for Prom today is not cheap.

“I paid for half of my dress, so I only spent a little over 200 dollars, but the total of the dress was $450,” senior Natalie Ford said.

Perhaps teenagers’ outlook on Prom has changed because of Hollywood movies playing it up, or maybe it is because AHS only has a senior prom; therefore it is more special to the students.

“[Prom] was underwhelming,” Burke said. “I’m glad I went but it certainly was not the highlight of my senior year. I think I enjoyed the getting ready part more.”