Pressure is on for Prom 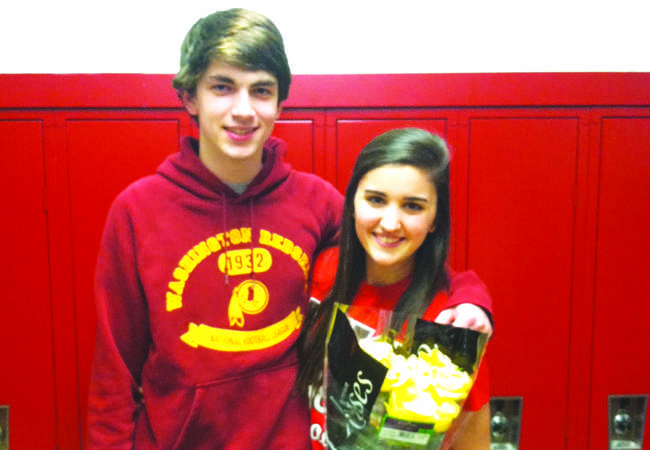 As the spring season begins, nervous boys start to feel the strain associated with Prom. No longer is it socially acceptable to just simply ask a person to be their date to Prom. Now, students bend over backwards in an attempt to make an impression and gain a Prom date through a planned out proposal. From parades to personalized tee shirts to public serenading, AHS has seen its fair share of extravagant proposals in past years.

“There is a lot of pressure to have an extravagant Prom proposal because it’s important to be original,” senior Gunnar Thompson said. “However, it’s also crucial that you take into account the dynamics of the friendship or relationship with the person you are considering asking in order to figure out the perfect way to ask. Personally, I just want to focus on being original and making it memorable.”

But this trend of over the top, exorbitant Prom proposals is not a long standing tradition. It has been in recent years that AHS has seen this pressure to impress everyone with extreme lavishness while asking someone to the dance.

“Back in the day people didn’t make such a fuss about Prom and asking people, they didn’t go all out like the kids do today,” Spanish teacher Bianca Mullins said.

Many students have already put their creativity to the test with unique proposals this year.

“[Senior] Maddy Reinert and I were waltz partners for a movie I made with a group and [senior] Gwen Levey took parts of the footage and made a video of [Reinert] and me,” senior Eric Stavenjord said. “At the end it said ‘Will you go to Prom with me?’ and Gwen put it on YouTube. [Senior] Skye Lindberg showed Maddy while they were walking down the hall and when the video was done I magically appeared and gave her flowers.”

By having such high, Hollywood-like expectations, many people face extreme pressure or extreme disappointment when Prom season rolls around.

“I really think it’s too over the top, I don’t think it’s necessary and it puts too much pressure on the boys to try to think of creative ideas of how to ask the girl and everyone tries to outdo each other,” Spanish teacher Debra Estes said.

When asking someone to Prom in front of an audience, the person being asked will feel extreme pressure to say yes. This may benefit the person who is doing the asking, but it creates an uncomfortable situation for the other person, and he or she may get stuck going with someone they don’t want to go with.

“PublicProm proposals are fun to watch and I think they’re cute because someone put a lot of effort into it,” senior Tessa Iglesias said. “They can also be risky if the guy is unsure the girl will want to go with him, because it’s really awkward and uncomfortable for a girl to say no after a public proposal.”

Often times these bountiful proposals come with extremely high prices, making Prom an even more costly experience than it already is, not to mention the mounting pressure that people face. After all, it already takes a lot of courage for someone to ask a date to Prom, and now they have to worry about how they do it?

“I think it’s stupid but guys know that it’s kind of a big deal to girls so there is pressure to come up with something creative to impress the girls,” senior Luke Lundy said.

At the end of the day, this is Prom, a high school dance, not a marriage. Yes, effort and creativity is deeply appreciated by many when asking someone to Prom, but is it really worth all of the money and hassle? The way you ask someone isn’t going to change the way they deeply feel about you or predict how your night will go.