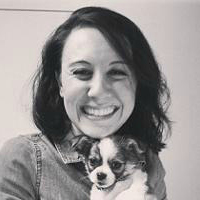 The book is available in both paperback and Kindle eBook, explores topics of religion and faith and answers questions regarding hell and God’s nature.

This is the first time Oliver’s work has been published in a book.

“I was pretty excited…not just because I was getting paid but because, you know, my artwork is now being put out there for people to see,” Oliver said. “So if they like it maybe they’ll want me to do something else for them.”

She accepted the job upon recommendation from a friend, who attends the same church as the author.

“That makes me feel good that she thinks my artwork is good enough for, like, this guy who wants to write a book,” Oliver said.

To convey what he wanted in his images, the author drew up his own sketches which Oliver then interpreted, creating the finished product.

“I enjoyed working on it but it was a bit difficult,” Oliver said, referring to the way she had to reinterpret what the author wanted.

The two sent many emails back and forth ironing out the details.

Although this is the first book her work has been published in, Oliver’s work can be seen elsewhere. She has decorated the food truck Urban Bumpkin BBQ.

“So that was another form of publication of my artwork but in a different medium,” Oliver said.

She has also painted murals at North Springfield Elementary School.

Oliver is the older sister of sophomore Bailey Oliver. She graduated from AHS in 2012 and now attends Hope College in Holland, Michigan. She is thinking about making art or creative writing her major.