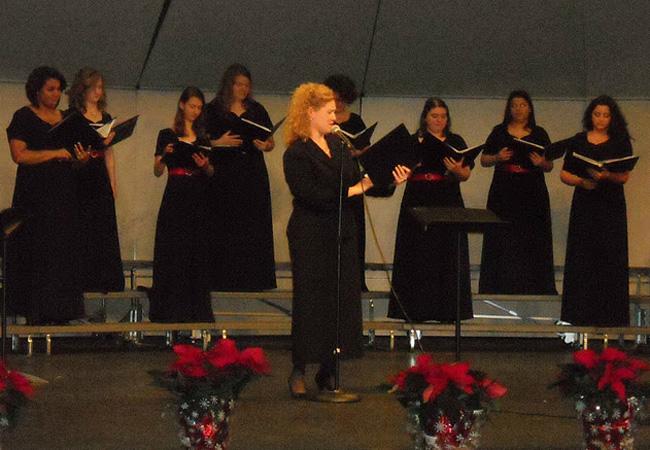 Just before the holidays begin, the Annandale High School Choral Program performed their winter choral concert on Dec. 20. The concert took place in the auditorium.

After the success of their previous choral concert in the fall, director Jessica Lardin was excited to begin preparing for the winter concert.

Afterwards, Men’s Chorale performed “Sing We Now of Christmas,” “Blow, Blow,Thou Winter Wind,” followed by a performance of “Jingle Bells. ”Women’s Camerata, then sang “Ava Maria,” which Lardin announced was “a tough piece to sing” before the performance.

Shortly after, all five choirs combined for the last two pieces of music, “Carol of the Bells” and “Hallelujah.” Just after the concert, the choral department held a reception outside the auditorium as a simple thank you to all performers and guests.