Wattenbarger commits to Alderson-Broaddus for football 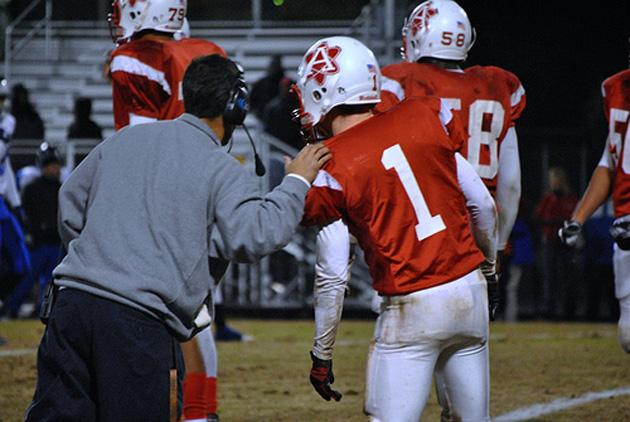 As students sat in class, senior Adam Wattenbarger signed off to play football at Alderson-Broaddus College.

Although Wattenbarger is looking forward to going to college, he is going to miss AHS football. Moving on to college is a big step for everyone, and it takes a lot of hard work and preparation.

“I am not fully prepared yet, but I will be when the time comes,” senior Adam Wattenbarger said.

He has played football since his freshman year. Throughout his high school career, he has played many different positions. He has played quarterback, punter and free safety. Playing all of these positions and working hard throughout these years is what has gotten him to this point.

“I have played my heart out on the field,” Wattenbarger said.

Wattenbarger has overcome many obstacles, such as being hurt and being asked to play many different positions.

“We have asked so much of him on the field, and he has always delivered,” coach Mike Scott said.

Throughout the years, Wattenbarger has been dedicated to working hard, on and off the field. He was hurt this season, and he still managed to pull through and succeed in the end.

His coaches think Wattenbarger has set an example for all athletes. He has shown, through his actions, that hard work and dedication pays off.

“He’s going to do great next year. He is a hard-worker and a good student,” Scott said.