Are “real” sized models a thing of the past? 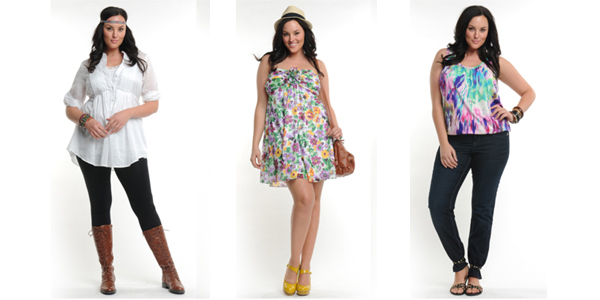 As the summer season goes by, the Internet and television screen is constantly covered with ads of models showing off the hottest bathing suit styles. But all too often, these models look as if they have an eating disorder. It is as if the fashion industry has a severe fear of the “unspeakable” curves on the runway.

The unrealistic bodies that present most clothes aimed at teenagers these days have reached a new level. Along with this trend of too-skinny models is also a movement towards the use of models who are actually shaped like an average woman and have curves.

According to the Center for Disease Control and Prevention, the average weight of a woman 20 years old and older is 165 with a thirty-seven inch waist and a size 14. The average model is a size 0 with a thirty-two inch waist. If these clothing companies are trying to advertise their clothes to the average person, then why don’t they use an average sized model?

Natural Model Management sees this problem. Natural Model Management is a modeling agency created by a model that was originally a plus sized model, who ended up losing a ton of weight for her job, who later realized that she was more successful as a full figured model. The website promotes the use of healthy sized models that have different sized bust, waist, hips, and height that are listed next to their photos.

This agency isn’t the only member of the movement for healthy sized models; Vogue Magazine banned the use of too-skinny models in May this year declaring that “too thin is no longer in.” In Israel, a law was passed that models must maintain a healthy body mass index of 18 to help promote health and fitness rather than anorexia and other dangerous eating disorders.

The time has come that the fashion industry must realize that using unhealthy models isn’t in anymore. The pressure that these models put on teenage girls to lose weight is ridiculous and unnecessary. Being healthy is ultimately beautiful.