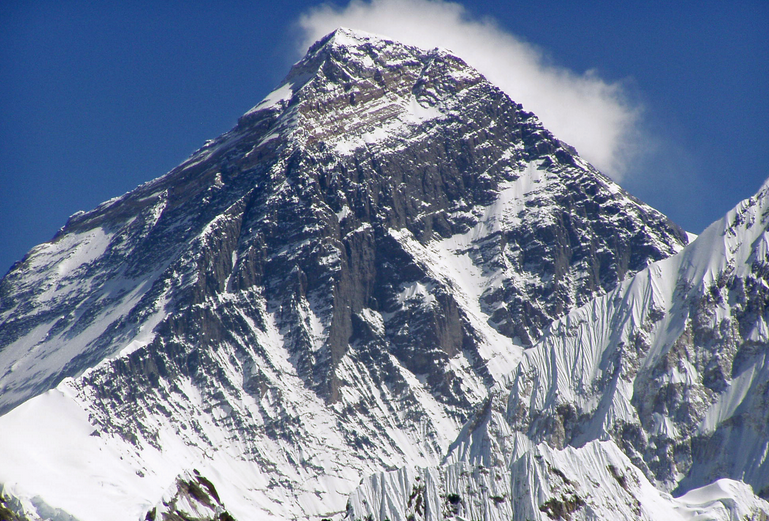 Standing on top of the world’s tallest mountain at 29,029 feet, looking down at the vast scenery is a common dream for many around the world. Those seeking adventure and adrenaline make it their goal to reach the peak on the border separating China and Nepal.

However this exciting expedition is prone to many dangers as five climbers have died in the last the last weeks of May.

With the total deaths on the mountain up to nearly 300 and seeing as how the death toll is only rising, officials should make the logical decision of closing the tourist attraction for good.

At AHS, all sophomores taking honors English will have to read Into Thin Air, Jon Krakauer’s personal account of the devastating 1997 Mt. Everest disaster. As a part of the curriculum, English teacher Joy Korones annually assigns her students a persuasive essay arguing either for or against the closing of Everest to recreational climbing.

The persausive essay will written through the process of a research paper.

“I will be writing to keep Everest open,” sophomore Rebecca Kindling said. “Sherpas should be able to keep their jobs and people will find a way to climb the mountain either way.”

The ratio between students who write for and against the closing of Everest are close to equal.

“Everest should be closed to climbing,” sophomore Benjamin Lee said. “The summit is clearly not meant to be climbed by humans.”

A great danger of summit climbing includes the natural being of the mountain itself. The possibility of a random avalanche on the mountain at any given time is a factor that cannot be prevented. Although meteorologists may be able to predict hazardous weather conditions and insane temperatures, avalanches and stormscannot be foreseen.

In April of 2015, 19 climbers were killed at base camp as a result of an avalanche triggered by an earthquake that hit Nepal. This disaster led to the closing of the mountain for the 2015 season. The year before, 16 climbers died because an icefall on a glacier.

Being at an altitude so high will undoubtedly bring negative effects to the human body as our organs are not adapted to the intense atmospheric pressure.

Climbers are known to experience altitude sickness in which nausea, vomiting and fatigue are apparent which only adds to the risks of ascending an icy terrain covered in hundreds of crevasses. Imagine being in the middle of the highest mountain in the world and feeling disoriented.

At this point, you are forced to descend in the state of dizziness accompanied by a persistent headache. The chance of misplacing your feet is now even greater and falling to your death becomes a real and extremely high possibility.

Tourists are continuously risking their lives to climb a mountain that is clearly not a safe zone by nature. Everest itself is as well from the litter humans leave behind. As climbers try to address  and adjust to the lack of oxygen at high altitudes, bottles of O2 are being carelessly discarded along the trails.

Those metal bottles are not the only being left behind as climbers also litter their food, wrappers and tents around the mountain to lessen their load. Throwing gear and creating piles of waste along the mountain is only polluting and destroying the natural site.

Corpses of climbers are also not properly removed. The bodies of the fallen are simply left in the snow while others continue to pass by. Retrieving the bodies oftentimes is too dangerous and helicopters are not able to reach the extreme heights of the mountain resulting in the abandonment of loved ones.

Over 600 successful ascents to the peak, the mountain is no longer a mystery that needs to be solved. Several journalists and tourists have already risked their lives to record images of the mountain leaving no need for more people to put themselves in the face of danger.