It’s not all about the “C” in captain 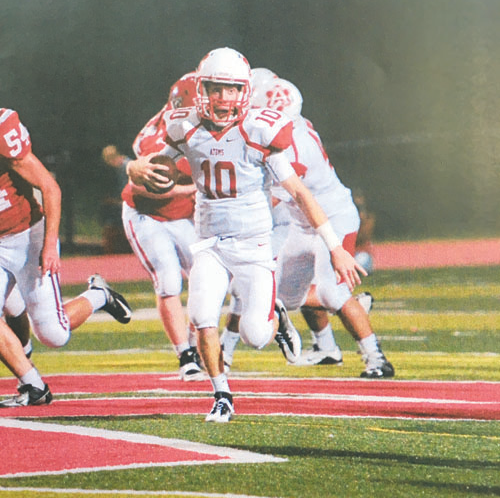 Captains have a harder job than most think. They are responsible for the success of the team. They play the role of leader for the team and greatly affect the dynamic of the team.

“You are basically a mentor and a guide for the younger guys. You teach them how the upperclassmen and varsity run things so they can be ready for the big stage. The captains also keep everyone in line and make sure all the players are focused on the team goal,” senior, Liam Conroy said.

Even though being a captain is  a serious responsibility, it is still important to have fun and get to know the players on their team.

Captains still have to bond with their team.  It is their job to unite the team and motivate them before games.

Captains not only play a leading role on the field, they carry their leadership off the field into the classroom.

It is important for captains to be well rounded. Not only should they be athletically successfull, they should be academically adept as well so they can better help their teammates on and off the field.

“They excel in school which helps us because they are the role models of the team and help us do well in school when the coaches aren’t there to help,” junior Natnal Endalakachew said.

Captains may not be the most talented on the field, but most of the talent required for the role of captain is mental.

They need to have a leading and fearless charachter that will inspire the rest of the team.

“It is harder to be a captain because it requires skills that are hard to be good at, a lot of leadership skills are required, socially it is a lot harder because you have to be dominant and try and motivate your team with actions but more so words that help the team push that much more,”… said.

The captain position can be a handful to take initiative of. Compare to an officer if his platoon goes down everyone goes down, the people that watch do not know how much he actually does, and sometimes get criticized for their job.

Only the players, coaches and the captains themselves will actually know how much they work to get their team that much more successful.