Flag burning is an American freedom 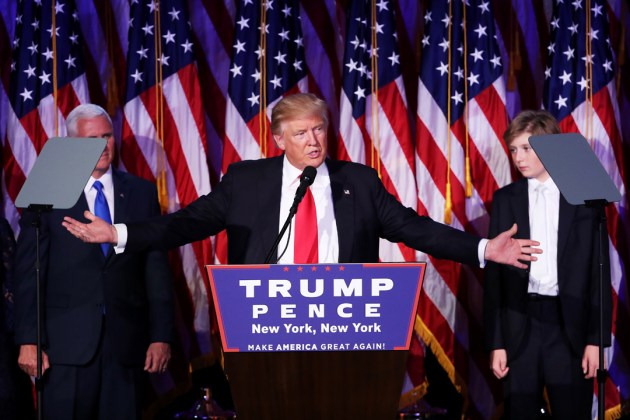 President Elect Donald Trump has gone on yet another Twitter rant. This time, his target is the First Amendment.

Trump has called for the imprisonment and revoking of citizenship from those who burn the American flag.Through the course of history, the American flag has been altered over 20 times and its look have drastically changed since its first version in 1777.

However, there is another image of the flag that has stirred up a national argument: the Star Spangled Banner engulfed in flames.

We’ve seen it on the news and all across social media, people are choosing to symbolically burn the American flag to show their discontent with the nation.These actions have garnered mixed reactions. Some are okay with the burning of the flag while others are enraged, calling for legislation against flag burning.

So is flag burning illegal and should it be banned? The answer is no.

Flag burning is legal and will remain legal, under the United States’ Constitution. The First Amendment in the Bill of Rights covers the freedoms of the American people which include: religion, assembly, petition, speech, and press. Specifically, the burning of the flag is under the category of free speech.

The Supreme Court has twice voted to uphold the rights of the American people to symbolically burn the flag in the ruling in the 1989 Texas v. Johnson case and the second time in the 1990 U.S. v. Eichman decision.

Although flag burning makes some uncomfortable and is looked down upon, it is effective in attracting attention and getting a message across. People have the right to execute their right of free expression and speech. The government cannot imprison or revoke one’s citizenship for practicing their individual rights. This goes against everything the United States was built upon. America is a land that promises freedom, and it should remain that way.

An argument for the prohibition of flag burning is the fact that there are current and previous members of the military fighting and fought overseas for the safety of Americans.

Yes, burning the flag does rub people the wrong way and makes everyone squirm. However, It is necessary to realize that just as the flag represents the country of freedom and prosperity for some; for others, it represents the decades of unheard oppression and discontent.

The burning of the flag is offensive, but the taking away of the rights of Americans is offensive. Both parties, and everyone under all points of the political spectrum need to accept this. In the Supreme Court, the justices have also shown support in protecting the freedom of speech.

The late Justice Scalia, who has become the Republicans’ ideal mold for the next SCOTUS Justice, stressed the protection of the right to burn the flag, even if he personally denounced it. No matter how disrespectful flag burning is, sometimes, we have to make decisions not necessarily because we agree with them, but because they are the right thing to do.