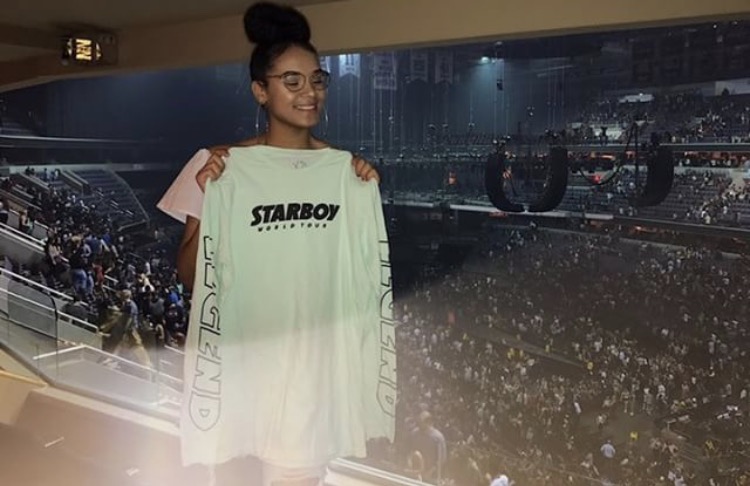 Kendall McCleary, Special To The A-Blast

The first performer that went on that was well known by the people there was Nav. Not knowing that he was going to perform I was taken by surprise as I thought he was only gonna come out for one song not knowing he had a full 30 min to perform. He played some of his most well known songs and some of this underrated songs from his soundcloud for his day one fans. Having this be the first time in DC Nav really left an impression. Nav helped set the mood for what was gonna come next by playing his hypest songs near the end of the set setting the stage for Gucci Mane.

The lights dimmed and the crowed screamed as from out the dark all we could hear was “It’s Gucci” as the intro to Bricks started playing. The atmosphere changed completely. Nav kept the crowd entertained but Gucci got the crowd invested and hype as each song passed the screams for the crowd grew louder and the movement of the crowd increased. As he played recent songs like his feature from “Good Drank” by Two Chains and some of his older work like “Lemonade”. Either way Gucci truly got the crowd ready for the Weeknd.

As the last “It’s Gucci” rang throughout the arena as he made his way off stage the anticipation was at an all time high. I’ve heard that the Weeknd as a legendary performer and I was so anxious to see for myself if that was true.  The lights went off as the runway lit up having the Weeknd pop up out of the center of it after a 2 minute wait and the crowd exploded. I’ve never heard a crowd be so loud of one performer before. And from the first note that left him I was hooked.The Weeknd puts everything into his music having a live band back him and used very few backing tracks so every note he hit was from his own mouth. I was blown away from the talent that the Weeknd portrayed.

He put so much energy into every song have it be “The Hills” or “Acquainted”. He had everyone in the packed arena invested in him 100 percent. His voice is the same live and in concert which is so hard to find these days, the Weeknd deserved every cheer he received that night because he put on one show that’ll be hard for anyone there to forget. If you know someone who doesn’t like his music take them to one of his concerts and at the very least they won’t be able to say that he doesn’t have talent because that he seeps it when he’s on stage.Mid performance the Weeknd stood on his runway as the crowd screamed and cheered for him for a straight two minutes.

I’ve never heard such and ear piercing sound of excitement and gratefulness. The same ear piercing sound happened as he finished his encore that left my mouth open. He played songs from every album to put on a show that would please even the day one fans. If you ever get the chance to see him live, do it. He really is a legendary performer with an equally legendary voice.