My mother’s battle with breast cancer 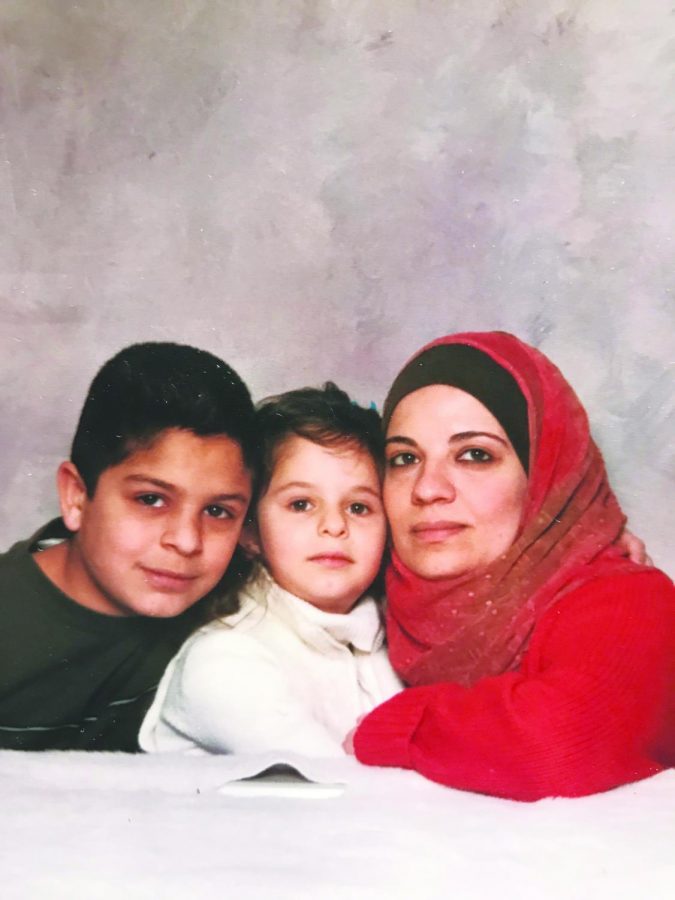 Alia Rababeh with her two kids, Moody and Ayah Rababeh. She passed away in August 2011 after battling breast cancer for four years.

Ayah Rababeh, Special to The A-Blast

Before I was born my mother was diagnosed with breast cancer. Once she had me, she overcame her diagnosis.
A couple years later- around mid 2008- I sat on the stairs of our house and listened to my mom talk to her doctor on the phone with nothing but pure devastation in her voice. My mother was diagnosed with breast cancer and was due for immediate surgery to remove the left side of her chest. She suffered through excruciating pain, underwent heavy chemotherapy, lost all of her hair, and was unbelievably weak.
One day I sat in my garage fixing my bike with my brother, and our parents pulled into the driveway. They were both smiling when they came out hoping we wouldn’t notice a side of our mother’s chest was missing, but we did. After that day it was like all my mom ever did was go to doctor’s appointments, and try to feed us cancer fighting foods, from plain garlic cloves, to green shakes for everyone in the morning.
I was about eight when my mom had to start her first set of chemotherapy, and eventually had to reside in the ICU unit of Inova hospital until they realized how severe her case was and transferred her to John Hopkins hospital in Baltimore. She remained in the ICU until 2010 when the cancer had spread to her whole body. When it had become as severe as life and death, John Hopkins could no longer provide the amenities my mother needed.
They sent her to Memorial Sloan Kettering cancer center, a hospital in Manhattan, New York. They specialized in helping cancer patients with terminal cases. This is when my mother’s health went completely downhill.
When I looked at her, she looked so tired, and weak. They punctured a hole in her throat and inserted a breathing tube, all while they tore her body apart with the strongest type of chemotherapy they had available.
For my entire year of fifth grade, my family went back and forth from New York to Virginia, and vice versa. She was in a coma, and doctors said she didn’t have very long until she passed, so they sent her back to Inova in a helicopter to be closer to us during her last hours.
To communicate with her, we’d ask her yes or no questions, and she’d answer by raising an eyebrow, or lifting a finger.
When she arrived at Inova they put her back on life support, and we were given the option of removing her life support. Everyone tried convincing me that it was time to let go and let her rest but I was in denial and made the doctors leave her on life support.
She stayed there for another six months, until one night my dad and I went to visit her for the last time. Her hair was all gone, half her chest deflated, and her bones as brittle as glass. She opened up her eyes once very suddenly then shut them again, and my dad and I went home.
The next day we received the news that she passed away that morning.