KOD Review: Simplicity at its finest 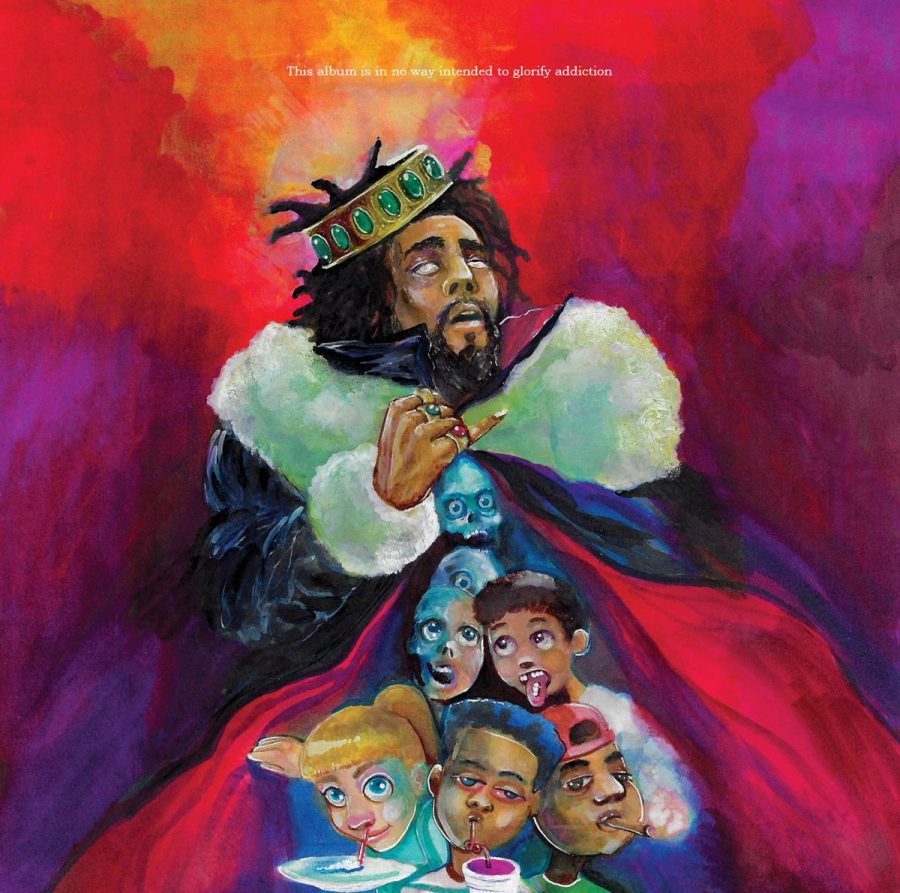 The cover art features the words “This album is in no way intended to glorify addiction” and drawings of several children sipping lean, snorting cocaine and smoking weed.

The guy gave us four days to prepare for his second album in about two years. He wrote, produced and recorded all twelve songs in two weeks.

J. Cole took a road of simplicity, as anyone should when making an album in two weeks. He not only rocked us with the hardness of the album, but he also exercised his own “demons” of becoming “boring” as he kept going down the same road, lyrically, in his music.

The production of the album has a heavy instrumental influence with some basic bass mixed into it. This gives the album that simple but tremendous bass you can just turn up in your car too.

The inclusion of the snare-drum is very noticeable in KOD, making itself almost the star, production wise. It gives it that simple but hard aspect that the album drives on.

He goes out of his usual bubble of talking about his personal struggles with finding love and growing up in hard times and takes on some more social issues.

He raps about drugs, money, loyalty, and his take on today’s rappers. Though, yes, it is all on a more personal level, he still managed to switch up his lyrics and give us a breath of fresh, new insight of J. Cole himself.

His lyrics are outstanding, capturing the essence of wordplay and flow so perfectly. He’s able to rap what’s on his mind all in one take. Long or subtle, he knows how to create a simple but strong verse.

Take “Motiv8” for example, a song about getting motivated in gaining money. He has two very small verses, yet they’re strong in their own way.

“Double up my cream, now that’s a double stuff.”

“They don’t speak ingles, but the money is something they could comprende.”

The lines are so simple but go hard and have meaning.

He even had some words for today’s rappers in his Intro to “The Fall Off.” Not necessarily dissing them, but trying to give them advice. Some took it as offensive, but he is a Grammy award winner and a possible finalist for the Music Pulitzer (calling it now) for a reason.

He is trying to warn what other societies outside of their intended audience might think of them and how it could impact not only their own imagine, but the community they represent.

This is arguably his best studio project after 2014 Forrest Hills Dr.

It’s the simplicity of not just the production, the flows, the subjects and issues he brings to light, but his ability to say so much in such little words.