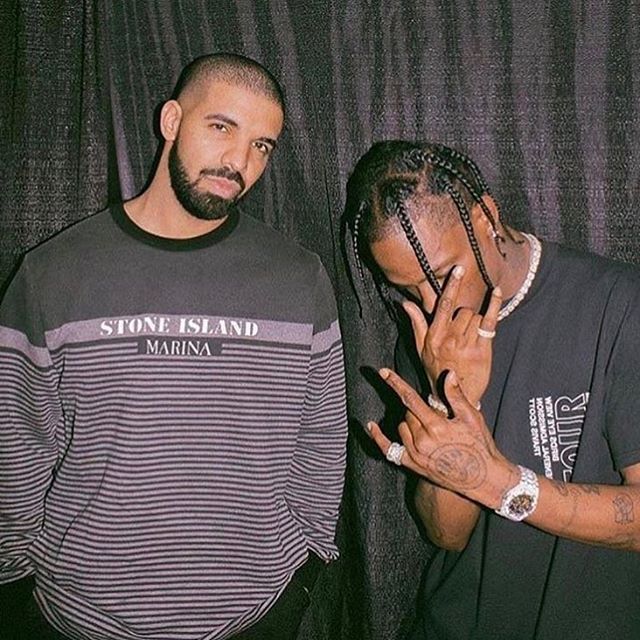 Drake (left) and Travis Scott (right) are the two artists who released the most popular albums this summer. The two pose for a photo together at Drake’s album release party in late June.

It all began between Drake and Pusha T but ended quickly when Pusha called out Drake for hiding a child. Drake ended up responding on his popular and highly anticipated album ‘Scorpion’ which released on June 29.

In mid August we saw Nicki Minaj battle the charts and call out other rappers like Travis Scott for padding their stats to make their sales look better. She is trying to prove to everyone that she is still the best female rapper there is, as Cardi B has been on her toes and trending.

Out of these major album releases 2 really stood out on the charts, Drake’s ‘Scorpion’ and Travis Scott’s ‘ASTROWORLD’.

‘Scorpion’ is Drake’s fifth studio album and is a double album, consisting of 25 tracks. It’s A-side is primarily hip-hop and rap, while the B-side is considered R&B and pop. Drake executively produced the project himself in collaboration with long time friend Noah “40” Shebib and manager Oliver El-Khatib. The most popular song on the album was “In My Feelings,” as it went viral as the “In my feelings challenge”, many celebrities participated. The album featured popular artists like Ty Dolla Sign, Jay-Z, Lil Wayne, Future, Nicki Minaj, and PartyNextDoor. Fan reactions to this project were extremely good as all 25 tracks reached the Billboard Top 100 on July 14.

Travis Scott’s “ASTROWORLD” is his third studio album. It was released on Aug. 3, by Grand Hustle Records, Epic Records and Cactus Jack Records. The album features guest vocals from Kid Cudi, Frank Ocean, Drake, The Weeknd, James Blake, Swae Lee, Gunna, Nav, 21 Savage, Quavo, Takeoff, Juice Wrld, Sheck Wes and Don Toliver, among others. The album did well commercially with over 537,000 units sold. This is due in part by bundling merch and the album, so if you bought Travis Scott merchandise you got the album. On Aug. 10, the album was certified Gold by the Recording Industry Association of America (RIAA).