The Mind of Jake Paul reels in millions of views 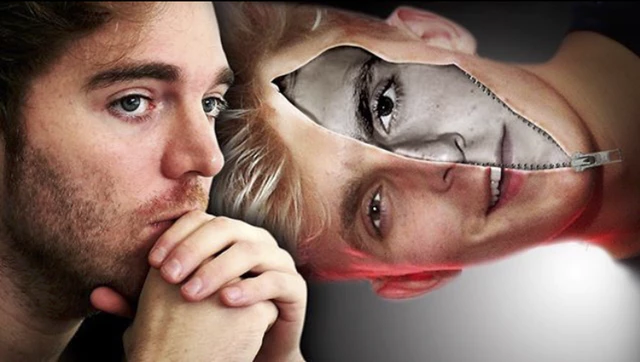 Paul has been widly criticized for his antics in the past, but this series clears up many allegations against the YouTube star.

Shane Dawson recently released a documentary about popular YouTube star, Jake Paul. Dawson’s intention with this eight-part documentary was to find out if Jake Paul is a sociopath or has sociopathic tendencies like his older brother, Logan Paul. Along the way, Dawson racked up over 141 million views on the series.

There has been a lot of controversy over the videos because many disliked the way Dawson gave Paul a platform and more publicity. Many viewers believe that he’s racist who doesn’t deserve a second chance.

In the first episode, Dawson received a voicemail from Paul who said that the series would be a great idea, but that he didn’t want him to do it if it would hurt his reputation. Dawson said that the only reason why he was doing this series was to find out the truth of why viewers dislike Paul.

“I do not think that it was a good idea for Shane Dawson to make this series,” sophomore Siryet Girma said, “Now a lot of people dislike him for favoring a guy like Jake Paul who has made so many mistakes and never apologized for them.”

In the second episode, Dawson watches some of Paul’s videos and is trying to determine if he’s a sociopath. Dawson even gets a text message from Logan Paul saying that he’s going to be making a reaction video to his series.

Then Dawson asks Logan Paul for an interview, but he rejects kindly and says that people are just quick to diagnose someone and mention that he has sociopathic tendencies.

In the fourth episode, Dawson meets with the former COO of Team 10, Nick Crompton. He explains to Dawson that he liked being on Team 10. Crompton also mentions that he left Team 10 because of the Paul brother’s dad. Crompton said that he wanted to tell him what to do and how to handle the company and that Jake was too scared to say anything to him.

In the fifth episode, Dawson goes to the Team 10 household to talk to Paul and live a day in his life. He gets to experience all the crazy things that happen in the Team 10 mansion, and what Paul does when he isn’t vlogging.

Paul also tells Dawson that he has taken a break from YouTube because his girlfriend, Erika Costell, has told him to. He also admits that he and Costell’s relationship is real and nothing about it is fake.

In the sixth episode, Dawson asks Paul about his former assistant, Megan Zelly and the assault allegations against fellow YouTuber Faze Banks. Paul admits that he should have done a little more investigating to know exactly what happened instead of releasing a video talking about the assault. Paul and Costell both admitted that they know that something happened to Zelly, but don’t know what happened and even let Dawson listen to the voicemails that were sent by Zelly to Costell.

Dawson gets an interview with Costell lone and she explains to him that he has been played many times before by his family members and friends, but that he still likes them and forgives them.

In the last episode, Paul revealed that he’s asked his dad to move back to Ohio so they could have more of a normal father-son relationship without him being involved in the businesses of Team 10. He explained his side of the Martinez Twins controversy and said that they were lying and exaggerating about some things. Paul also finally talked about the situation with his ex-girlfriend, Alissa Violet, and how much it hurt him, but admitted he was also at fault. Jake mentioned Logan’s suicide forest video and the impact it had on him such as, losing brand deals but also that it brought their family closer together.

“I liked this series that Shane Dawson created about Jake Paul because it lets people see how Jake Paul acts when he’s not filming,” sophomore Kristina Regmi said.

This series has been emotionally exhausting for Dawson who has been criticized for even putting his time in effort into making people realize who the real Jake Paul is.