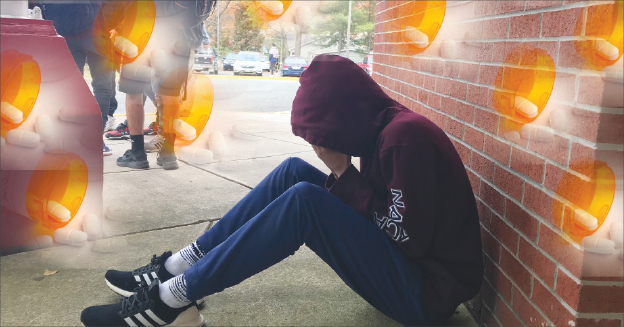 Every day, more than 115 people in the United States die after overdosing on opioids. The misuse of and addiction to opioids—including prescription pain relievers, heroin, and synthetic opioids such as fentanyl—is a serious national crisis that affects public health as well as social and economic welfare.

Despite the opioid epidemic being widely reported, little has been done to change the current state of the issue. It seems that this epidemic skyrocketed out of nowhere. To fully understand the epidemic, it is first important to understand how it started.

In the late 1990s, pharmaceutical companies reassured the medical community that patients would not become addicted to prescription opioid pain relievers. Due to this, healthcare providers began to prescribe them at greater rates.

The rising rate of prescription painkillers being sold resulted in the widespread diversion and misuse of these medications before it became clear that these medications could indeed be highly addictive. This caused the rate of opioid overdoses to rise dramatically.

In 2015 alone, 33,000 Americans died as a result of an opioid overdose. That same year, an estimated 2 million people in the United States suffered from substance use disorders related to prescription opioid pain relievers.

Within a suburban community like Fairfax County, problems such as opioid addiction is often overlooked.

When AHS students were asked about whether they think that opioid addiction is a problem in our community, many students said no and were even confused to what an opioid actually is.
This, however, is not the case. According to fairfaxcounty.gov, Fairfax County has more than 100 drug-related deaths, 80 of which were related to opioid overdose.

The numbers are evidence: the issue of addiction and overdose to opioids has become a public health crisis. Health care providers know the effects of the drugs that they mass produce but little is done to stop the flow of prescribed pain killers. The profit that comes from highly addictive painkillers is too great for the corporations to resist.

With little to no help in the prevention of opioid sales, government departments such as the Department of Health and Human Serivces, the National Institutes of Health and the Food and Drug Administration work to stifle the epidemic.

In response to the opioid crisis, HHS is focusing its efforts on five major priorities. These priorities are improving access to treatment and recovery services, promoting use of overdose-reversing drugs, strengthening our understanding of the epidemic through better public health surveillance, providing support for cutting-edge research on pain and addiction and advancing better practices for pain management.

The NIH, a component of HHS, is the nation’s leading medical research agency helping solve the opioid crisis. To help, the NIH met with pharmaceutical companies and academic research centers to discuss safe, effective, non-addictive strategies to manage chronic pain, new, innovative medications and technologies to treat opioid use disorders and improved overdose prevention and reversal interventions to save lives and support recovery.

In a statement by FDA commissioner Scott Gottlieb, he discusses what needs to be done in order to limit the flow of prescribed opioids. “Patients must be prescribed opioids only for durations of treatment that closely match their clinical circumstances and that don’t expose them unnecessarily to prolonged use, which increases the risk of opioid addiction.” Gottlieb said.
In another statement by Scott Gottlieb, he discusses what actions the FDA has already taken to help reduce the cases of opioid addiction.

“First, we set out to cut the rate of new addiction. We did this in part by taking new steps to rationalize the prescribing of opioids, and amounts dispensed, as a way to reduce exposure to the drugs in the medical setting,” Gottlieb said.

“Second, we’ve stepped up enforcement of the marketing and sale of illicit opioids. One way that we’re doing this is by targeting online sites that enable the illegal sale of these drugs and their shipment through the mail,” Gottlieb stated.

“Finally, we’ve undertaken new efforts to support novel product innovation. This includes innovation in treatments for opioid addiction, and efforts to promote their more widespread use. It also includes steps to advance the development of non-addictive treatments for pain. We have great concern for the millions of Americans who live with chronic pain and for whom traditional treatment options have been exhausted,” Gottlieb said.

Despite the actions taken by various government departments, highly addictive opioids are running rampant in the streets of America.