Why are movies with black actors doing so well? 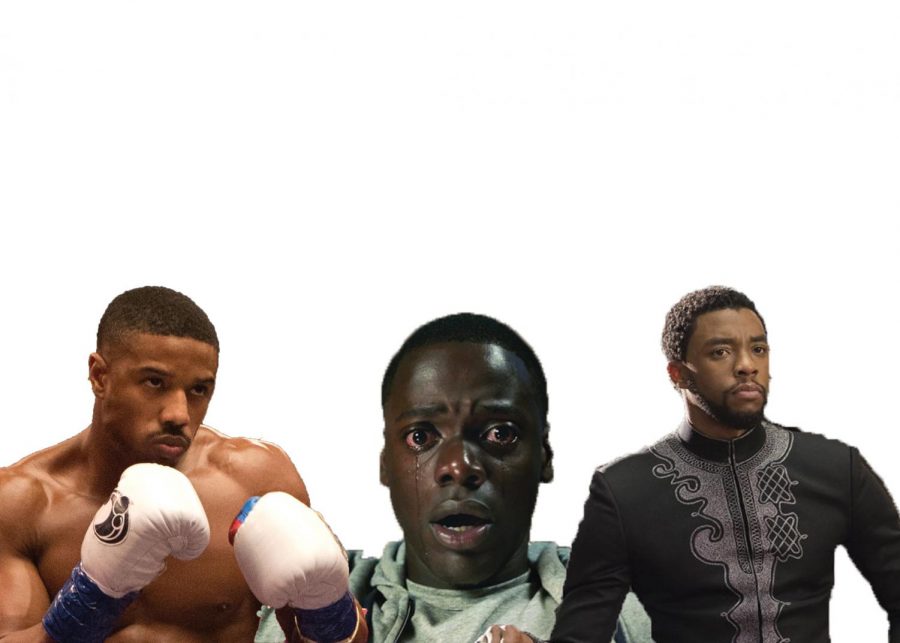 From the cultural impact that Black Panther had, to the fan base around Michael B Jordan’s character, Adonis Creed from Creed II, predominantly African American casts are becoming more prevalent in the film industry. Movies with a majority black cast like Get Out, Black Panther, and Creed II have been successful and they seem to have the formula for success. Students have loved seeing a better representation of themselves on the big screen.

Within just 26 days of its release, Black Panther made over $1 billion in the global box office. The movie about one of Marvel’s Avengers, prince T’Challa taking over the throne and the Black Panther after his Father’s passing. Some could argue it was not even Marvel’s best film, but it was one of Marvel’s most successful movies. How?

When it comes to casing and superheroes there is always the stereotype of the strong and very masculine hero who is always a white male and the black characters who get associated with the negative aspect of the film like villains, gangsters, and thugs. When a black protagonist emerges in a film, it appeals to a whole new audience.

“I was not surprised to see how much money some of these films were making. It is a simple formula for a director that is getting ready to cast a film,” senior Chase Robson said.

By casting a role to an actor who is historically very popular or, a minority, that the director would be appealing to a new type of audience, but it can also be considered a risk.

Get Out, was African American director Jordan Peele’s first ever film. Peele’s vision was to illustrate his views on racism. The movie is about a black man and his white girlfriend going home to see her parents. The girlfriend’s parents try to abduct him and turn him into one of their slaves.

The cast, however, had mostly been unheard of prior to its release. There was no Robert Downey Jr. or Chris Hemsworth on set and the film was still the 10th highest grossing in money made in the U.S. box office.
“I was surprised he did not win the Golden Globe award,” Robson said.

It was a surprise to see the impact on the industry that these films have had and directors are starting to realize this.
On Nov. 21, the sequel to Creed, Creed II was released and made over $60 million in its first weekend out.
The movie stars Michael B. Jordan who plays the long-lost son of Apollo Creed and his trainer, Rocky Balboa played by Sylvester Stallone in the movie. Director Steven Caple Jr.’s was strategic in his casting of the main protagonists in the film.

So why are movies with primarily black casts making money and having so much success?

“It starts with what we are used to seeing,” senior IB Film student Javonte Durr-Cannon said. “After seeing white superheroes on the screen for my whole life, seeing someone who looks like me and may have had some of my same struggles be a hero is a reason for me to go watch.”

Marvel’s Black Panther is a great example this. About 37% of the movie’s opening weekend audience in North America was African American, compared to the 15% who typically make up the Marvel movie demographic. Caucasians made up 35% of the audience, according to The Box Office MoJo.

It has been a myth for years that international audiences do not particularly like watching movies that star or are directed by African Americans. In 2012, Anthony Hemingway, a black director, and George Lucas had struggles finding a producer for the film Red Tails about the Tuskegee Airmen, a group of African-American military pilots who fought in World War II.

Race is not the only reason movies like Black Panther did so well. The film is part of the Marvel Cinematic Universe. By releasing this movie as one of the Marvel films, it attracted Marvel fans regardless of race.

The movies Creed and Creed II were of the first major movies to showcase black men and women who are fully developed, have aspirations and are well dramatized, instead of the stereotype roles, like thugs, villains or scapegoats.
Get Out was released at the perfect time for its success. The movie which showcases cultural appropriation was released as the Black Lives Matter movement was in full swing and while police brutality toward unarmed black people was under the microscope. These factors made for perfect conditions for this film to be successful.

“Get Out released at a very uneasy time in America and showed white people wanting to literally be in black people’s skin,” Durr-Cannon said.

The representation of black people in film has offered many opportunities to for young black actors and filmmakers, as well as discovered a new fanbase.

“Black culture, in a way has changed filmmaking,” Durr-Cannon said. “The film industry could be used as a tool to change stereotypes associated with black people. It may take a while, but that is my hope.”