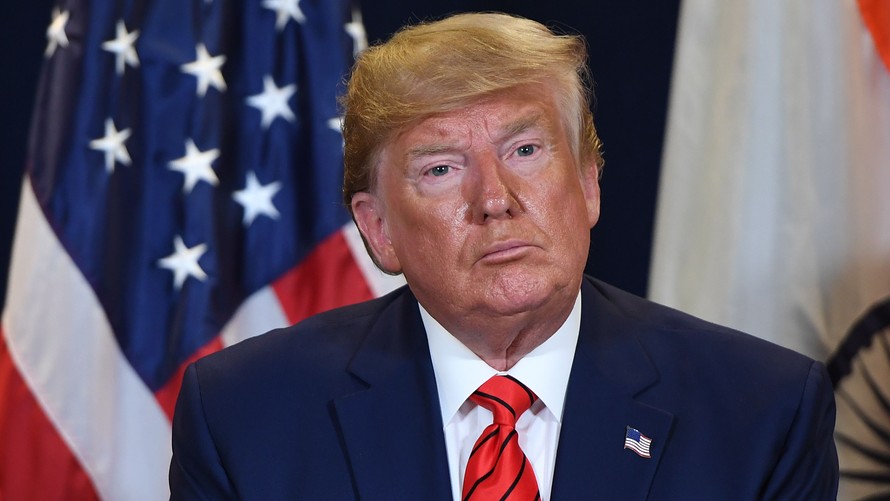 President Donald Trump (R) has challenged the impeachment investigation by releasing a transcript of the phone call between him and the president of Ukraine.

The investigation started because of a phone call between Trump and President Zelensky of Ukraine.
On the phone call, Trump congratulated Zelensky for becoming the new president of Ukraine. Trump repeatedly urged Zelensky to work with lawyer Rudy Giuliani and Attorney General Bill Barr to open a corruption inquiry, which Trump links to former Vice President Joe Biden.

The corruption inquiry was based off of Hunter Biden’s business dealings in Ukraine. Trump claimed that Joe Biden helped his son by halting the persecution.

“There is a lot of talk about Biden’s son, that Biden stopped the prosecution, and a lot of people want to find out about that,” Trump told Zelensky during the call. “So whatever you can do with the attorney general would be great.”
The House has every right to start this investigation. Besides all of the outlandish and racist comments he makes, Trump has done many things that go against the Constitution.

While in office, he continued to run his businesses and even urged foreign diplomats to stay in his many hotels. He also has done illegal deals with foreign countries. In 2016 he colluded with the Russians which turned into a huge investigation. Yet, there were barely any repercussions for Trump.

Biden is a potential political opponent to Trump in the upcoming 2020 election. Critics say that Trump wanted the corruption investigation to discredit Biden.

A limited transcript of the call was released by the White House on Sept. 24. Though the transcript was released, it is very easy to see that it is not a verbatim record of the conversation. The official transcript can be read at cnn.com
The impeachment process has only happened twice in U.S. history (to Andrew Johnson and Bill Clinton, with Richard Nixon avoiding a near-certain impeachment by resigning). Although these two presidents were impeached, they were not removed from office because their party had a majority in the senate.

The impeachment process can be very confusing and it does not mean that Trump will be removed from office. When a President is impeached by the House, it goes to the Senate. The Senate can either acquit the president or remove them from office.

However, none of this will matter. Trump is too close to the end of his term and the Senate is mainly conservative.

The only real thing this investigation can accomplish is stopping Trump from being elected in 2020.
Trump needs to be impeached. He is by far the worst president in America’s history.
Hopefully, this investigation will bring new information to light and stop Trump in his tracks. Though more likely, nothing will happen.