Are students being censored? 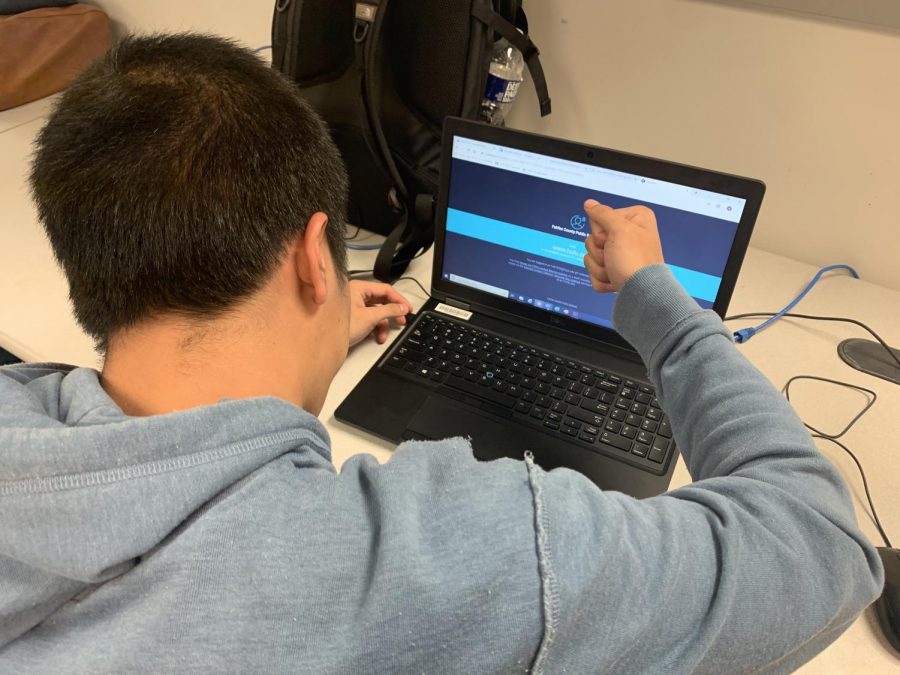 Senior Connell Kou gets frustrated while trying to watch shows in his his downtime.

More and more websites have been becoming blocked by FCPS.

Even at home, when students want to relax, the sites are still blocked. These sites are blocked on every school issued computer.

When a student or staff visits a blocked website, the message “Sorry, …<<the site>>…is not available because it is categorized as…” appears.

FCPS blocks sites they deem as inappropriate for juveniles. However, some of the sites they block are harmless.
FCPS filters content by using lightspeed, a filtering vendor, to categorize websites. These categories can be anything from games to entertainment.

The school board then chooses to block certain categories based on their policies.

There is a way around blocked websites. Staff are allowed to request that certain sites be unblocked. This does not help students at all though.

The amount of websites that are being blocked is getting out of hand. When someone is at home, they should be able to watch their favorite TV show on Hulu or Netflix because they are on their time.

FCPS even blocked the Google T-rex game. How much harm can a small dinosaur game do? The game can only be accessed when there is no WiFi anyway.

It is ridiculous that FCPS will not even allow students to escape boredom whenever the WiFi is down.
Surprisingly,Instagram, Twitter, and Facebook have not been blocked. Though, they will most likely be blocked soon.
This is becoming excessive. It is understandable that they would block the inappropriate sites, but blocking games is just pointless.

Students are going to find a way around this. Even if the games are blocked, everyone has a phone that they can play on.

Maybe someday FCPS will realize that they should allow access to certain sites at home, but it will not be anytime soon.