Trade war with China over? 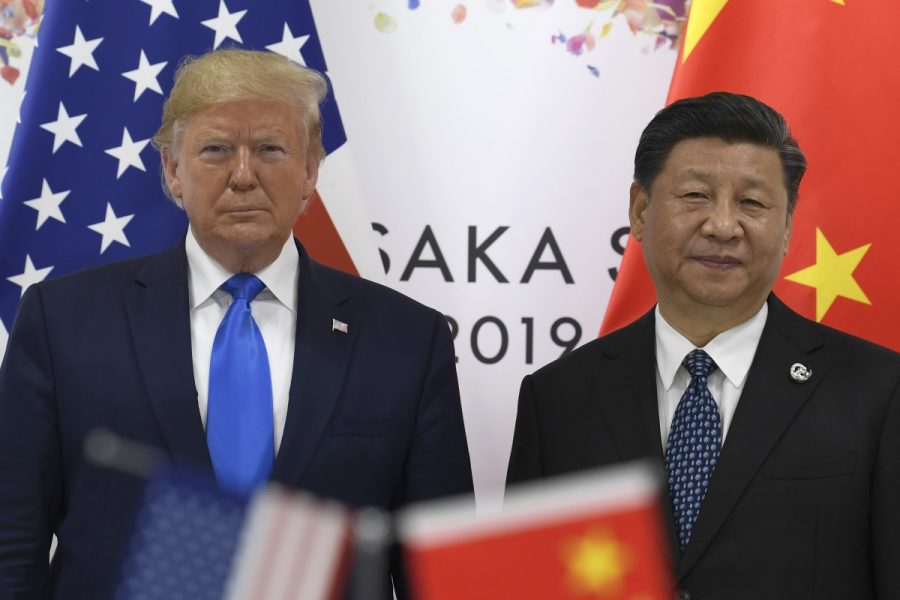 President Trump and President Xi Jinping have signed an agreement to end the trade war. The phase one deal will bring money to American farmers.

A trade war has been looming over American consumers for over a year. There is finally an end in sight. President Trump and President Xi Jinping of China have agreed to a trade war ceasefire.

This came at an amazing time for consumers because of the incoming holidays.

The trade war started back in July of 2018 when the United States and China imposed $34 billion in tariffs.
Tariffs increased and the relationship between the two countries grew thin. The tariffs were on anything from technology to clothing.

This trade war brought nothing but trouble for American consumers. Prices rose and everyday products were becoming unreasonably expensive.

But now there is hope. Trump signed a phase one agreement with China that will bring back money to American farmers.

The agreement states that China must buy an estimated $200 billion in additional goods and services from the United States over two years, including $50 billion in farm products.

In exchange the U.S. would reduce the tariff rates on many Chinese imports, which now ranges from 15% to 25%.
However, if China does not follow through with the deal, the Trump administration will reimpose all of the original tariffs.

This deal is great for Americans, but it seems that China is not getting as much from it. Also, there have not been many details released about the agreement.

While lowered prices are great, the trade deal seems to be made in haste. No one really knows if China will keep its promise, and if Trump decides he wants to change his mind, relations could deteriorate.

There is no way to know what will happen in the coming months. All we can do is hope Trump knows what he is doing, and maybe the United States will be able to overcome this time of darkness.