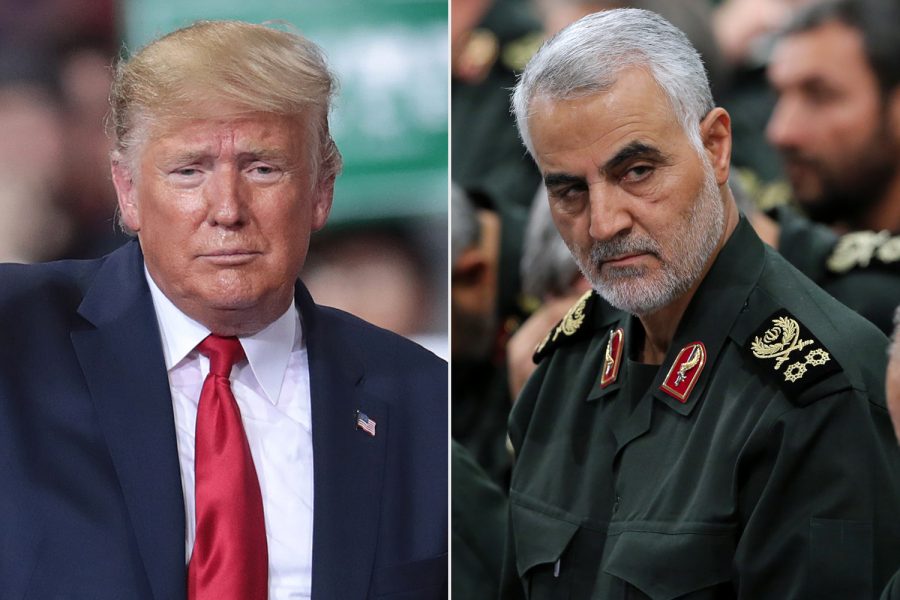 President Trump killed Iranian general Qassem Soleimani in a targeted airstrike. He was killed in an airport in Baghdad, Iraq. The assassination resulted in Iran retaliating by striking two U.S. military bases in Iraq.

Iran and the United States have always had problems. For over 40 years the two countries have been fighting with each other, but now tensions are rising again.

In the first week of January 2020, the Trump administration ordered the assassination of a high-ranking Iranian general, Qassem Soleimani. Soleimani was killed in a targeted airstrike in Baghdad, Iraq.

President Trump said he ordered the assassination to “stop a war.” However, he simply created more tension that could lead to war.

It was not a well thought out decision on the President’s part. He has made so many reckless decisions that lead this country closer to disaster.

The killing of Soleimani was followed by Iranian retaliation. They fired more than a dozen ballistic missiles on two United States military bases in Iraq. There were no reported casualties.

Trump had to know that Iran would retaliate. The Iranian government already hates the United States, so why push?

There is no doubt that the United States would win a war against Iran, but why waste the resources. Many troops would die and millions of dollars would be taken away from important issues facing our country and would be put into the military.

The United States and Iran are both at fault. There is no innocent party.

Iran is not the first one to shoot down a passenger jet. On July 3, 1988, the United States Navy cruiser USS Vincennes shot down Iran Air Flight 655 in the Strait of Hormuz after mistakenly believing the airliner was an Iranian F-14 fighter jet. All 290 people on board were killed.

The United States and Iran make mistakes. This dispute is a huge mistake that could lead to unfixable hate. Maybe one day these disputes will not be as disastrous, but not in the coming months.