Should Sanders be the nominee? 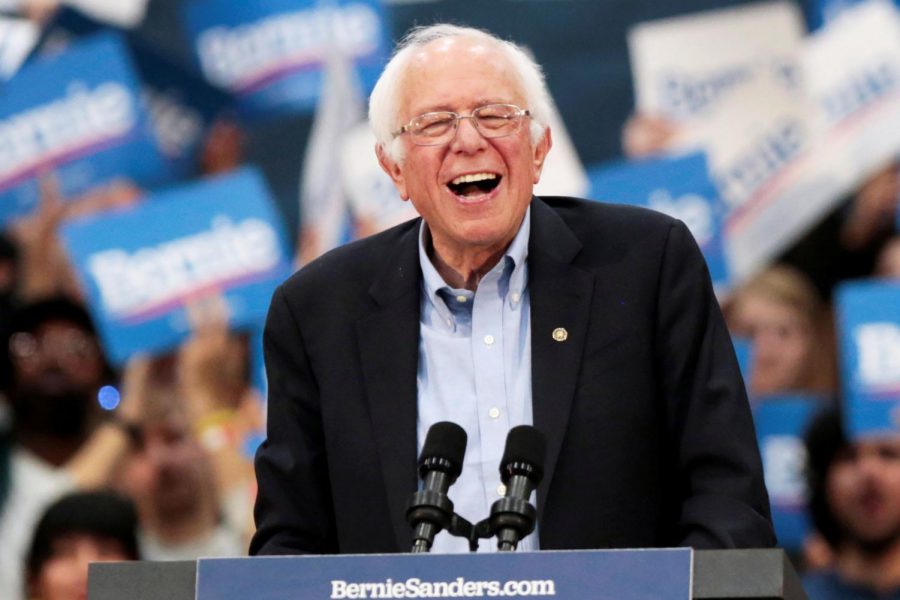 Senator Bernie Sanders is running for the Democratic Presidential Nominee so he can face Trump in the general election.

Standing strong after three victories in Iowa, New Hampshire, and Nevada, Bernie Sanders is a main contender for the Democratic nominee.

As of Feb. 24, Sanders is in the lead with 28% national polling average. However, he is behind Pete Buttigieg in the number of delegates. Buttiegieg has 22 and Sanders has 21.

Most of the candidates are the same. They all have slightly different variations of the same ideas, but their main points are the same.

However, there are only three candidates that have a chance to be the nominee. These are Sanders, Biden, and Bloomberg. They are polling the highest and have the most name recognition. Although this is all based on The New York Times data from Feb. 24.

Sanders should take the presidential nominee and move on to the general election to face Trump. He has had the most news coverage and he has had the most individual contributions. Sanders has the money and know-how to win this election.

Sanders has also struck a chord with young voters. They believe Sanders will fight for their future.  He is focused on issues that matter to this demographic. Some of these issues are college costs, debt, and climate change.

While many candidates also focus on these issues, Sanders is the only one that has been constantly fighting to help.

Biden and Bloomberg are major competitors. They are very close to Sanders in the polls and have individual contributors. What they lack is the delegates.

Biden is past his prime. He might have been able to win in 2016, but not now.

What every candidate needs is the young and minority vote. In New Hampshire, Sanders gained more black, white, Latino, Asian American and Native American votes than Donald Trump and Hillary Clinton combined according to Politico.

This means that he will be able to win votes against Trump in areas that have a large percent of minority voters.
Sanders is one of the best candidates and will help the United States become a better and stronger country.