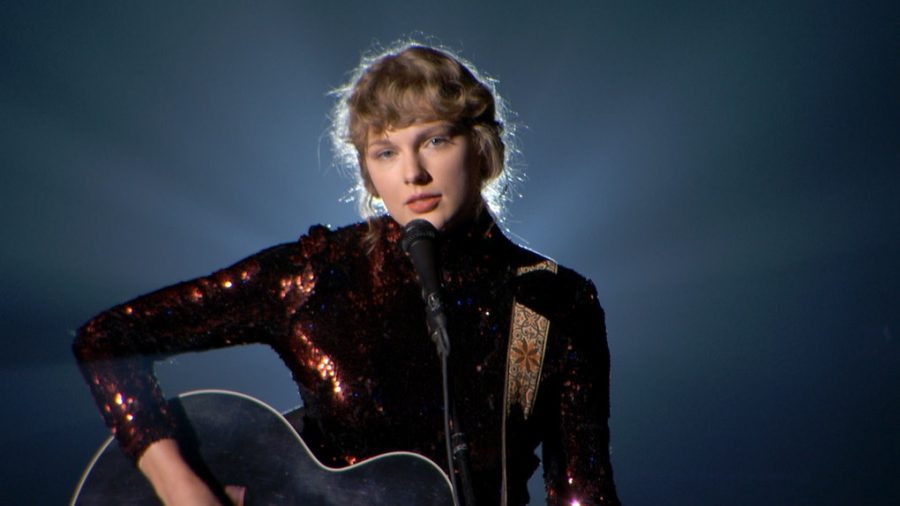 COVID-19 shut down everything. We’ve been sitting here since March waiting for the old normal to come back. Fortunately, even as the whole world was spiraling we still were given lots of new music to get us through quarantine.

Before quarantine there were a lot of albums that were awaiting to be released. Machine Gun Kelly had already hinted at a new album at the beginning of the year and in May released his single, “Bloody Valentine” off his new album “Tickets For My Downfall” which featured artists such as Trippie Redd, Halsey, Blackbear and others. The full album was released friday, Sept.25.

Taylor Swift shocked the world with a surprise album on July 24 called “Folklore”. The album was a huge success and was more of an Indie softer album, and even went back to her country roots with a song “Betty” that went #1 on the country music billboard and was performed at the CMA’s.

Cardi B and Megan Thee Stallion released their hit song “WAP” on Aug.7, which did strike controversy just based on the topic of the song. The song went big on Tik Tok and the video went even bigger on YouTube due to the controversial music video.

Lady Gaga released her album “Chromatica”. Which was basically described as a classic Lady Gaga album with alot of “dance songs”

During COVID-19, America saw an outbreak of protests and riots because of the brutal killing of George Floyd. This sparked inspiration for artists. Songs like “Lockdown” by Andersson Paak and “1825” by Jay Jonah, all covered the topic of racism and police brutality in America.

COVID put the world on hold, but the music kept coming, with albums still expected to release. Even though theartists can’t perform their new hits live, hopefully we can all go back to concerts in 2021.