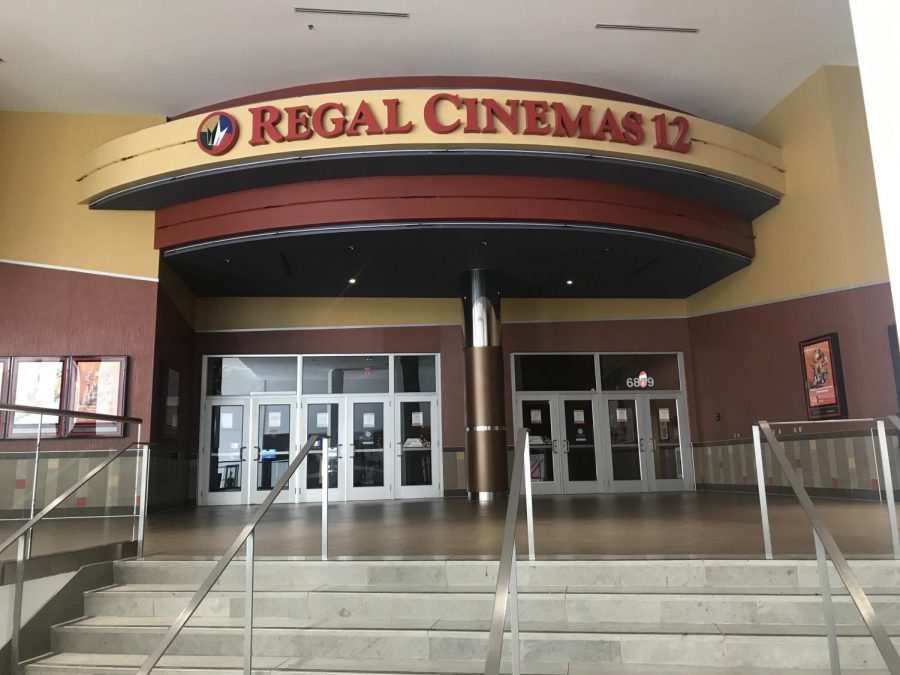 Regal Cinemas, the second largest movie theater chain in the United States, announced on Monday, Oct. 5 that they are shutting their doors indefinitely starting Oct. 8.

Over 7,000 screens at over 500 Regal Cinemas locations went dark, after reopening less than two months ago. This closure will also put over 40,000 employees on furlough.

This closure comes for a multitude of reasons, the primary one being COVID-19. With the spread of the virus and closing of public locations, many months’ worth of revenue were cut off from the theatres entirely.

Besides, more and more movie studios are now releasing their new movies straight to streaming services, meaning that these theatres have to compete even harder with even more platforms, such as Netflix, Disney Plus and Amazon Prime.

It may be too difficult for these huge chain movie theaters, such as Regal, to keep up with a huge increase in newer competition.

Another huge factor in this shutdown is the number of movies that have been canceled or delayed. Even if cinemas were open, they would have nothing new to show.

Cineworld, based in the United Kingdom, has also closed over 100 of its British locations, leaving 5,000 people unemployed.

Cineworld has been tanking in the stock market.

This time last year, Cineworld’s stock hovered somewhere around $275. Before the closure, the Cineworld share price hovered around $52.

The day they announced the closure, the share price dropped to around $22.

“Yeah it sucks, but at the same time, it isn’t going to affect me. With COVID and everything, it’s kind of hard to care about a theater chain, especially when I don’t see myself ever going back to a movie theater,” junior Jewel Coulter said. “If movies are dropping on streaming services that I already have, why would I ever go back to the theater. I much prefer the idea of watching new movies at my leisure, on my schedule, instead of going to the theater, paying for overpriced snacks, sitting through a bunch of ads, and building my day around it. ”

Some people are a little bit more upset about this news.

“The Springfield mall has a Regal theater, and that’s where I saw most of the movies I watched,” sophomore JP Fitzgerald said. “I loved going to the movies. It was something my friends and I loved to do together when they were open. When I heard Regal Cinemas were closing down, I was bummed. I hope movie theaters come back because it would suck if they didn’t.”