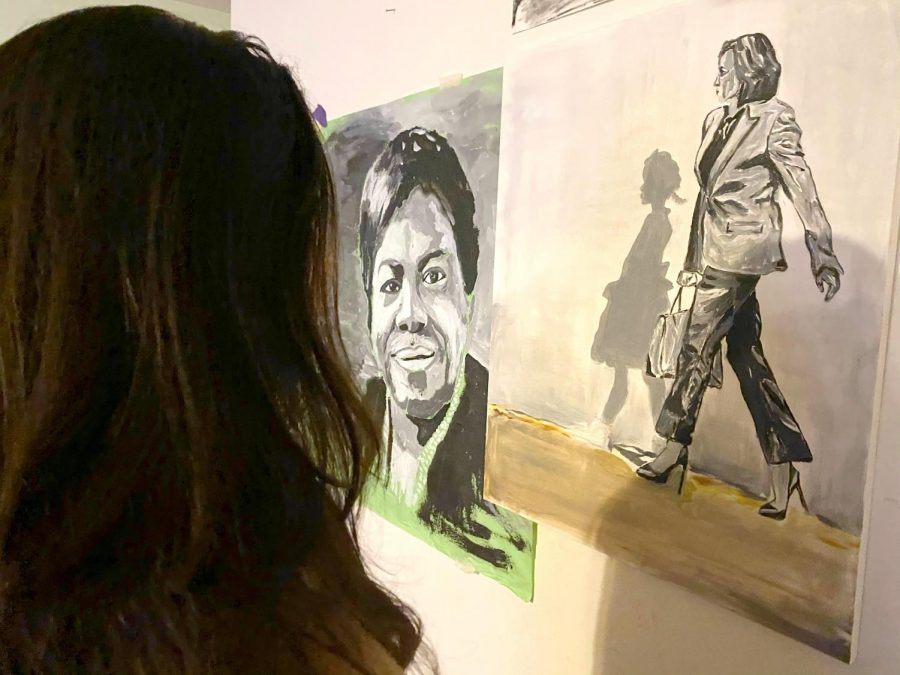 As Black History Month comes to an end, it is time that people acknowledge the huge impacts that Black people have played in regards to music, art, film and pop culture.

Dating back to the slavery, Black people used music as a way to express themselves. They used instruments like banjos, fiddles and even their hands to create music.

Enslaved people had improvised their cultures when brought to America, and eventually this new culture influenced some of the most popular musical genres such as the blues, hip hop, jazz, pop, and even rock ‘n’ roll.

“Music plays a crucial part in African American history because it was our way to connect to one another after our identity was stripped away when we were enslaved by Europeans,” junior Lauryn Mills said.
Although Black culture was monumentally influential in regards to today’s pop culture, Black people haven’t been recognized as much as they should.

Big Mama Thornton was an African American R&B singer that wrote many hit songs in the 60s and 70s for big names in the music industry.

She was the writer behind hits like Elvis Presley’s “Hound Dog,” and Janice Joplin’s “Ball ‘n’ Chain”.

Yet, she was never recognized for her contributions to the music industry. White musicians received credit for music she had created, and the sad part is that there’s many examples of this throughout history.

The concept of ghost writers is not new whatsoever, but there’s a fine line between ghost writing and blatantly stealing someone’s music. White musicians like Elvis Presley are guilty of this.

Without the development of Black musicians, most of today’s genres would be lackluster, and they probably wouldn’t exist either.

“African American music included instruments like banjos which were based in West Africa. This was used in hybrid with European music to create genres we know today like jazz,” Mills said.

One of the genres that is most influenced by Black culture is hip hop. The genre itself originated from other stylistic genres such as funk, disco, dance hall, reggae, blues, jazz and scatting.

All these being derived from Black culture.

Rappers such as Ice-T, 2Pac, The Notorious B.I.G and groups like NWA, the Fugees and Wu-Tang Clan were the blueprint for today’s rappers and hip hop artists.

Although genres of music aren’t subjective to race, some of the most famous hip hop artists of all time are Black. White Rappers like Eminem, Post Malone and Macklemore have careers because of the influences of Black culture.
Asides from music, Black culture has also heavily influenced art. When enslaved people were brought to America in ships, they were stripped of their culture and prohibited from practicing their traditions. They used art as another form of self expression.

Black artists finally started receiving acknowledgement and recognition when they sprung up like wildfire during the Harlem Renaissance.

Black culture impacted more than just music, art and film. It impacted the way we dress and talk as well.
Fashion trends such as colorful wigs, long nails, box braids and large chunky jewelry was heavily inspired by Black women of the early 2000’s.

It is important that more people acknowledge the impacts of Black culture and just how much it has affected our modern day lives.

Black History month is the perfect time to recognize all of the artists and Black people that have helped make these impacts.

In many classes, some teachers have started the class off by recognizing important Black figures in history in response to Black History month.

Annandale unfortunately does not have anything planned this year for Black History month due to the circumstances. Most years, the Black Student Union would organize the Black History Bowl, but because of the pandemic this wasn’t possible.

Whether it is people of the working class, students, politicians, activists or celebrities.
“My mom is an art teacher so she paints a lot of pictures of important Black people in our history,” junior Holly Waldridge said. “It’s so important that we acknowledge all of the important things that Black people have done for our community, but our nation as well.”

If Black people were given the recognition that they deserve, so many industries would be bustling with ideas and creativity.

It’s not only time that we recognize Black people’s efforts, but it’s time that we give them more opportunities to showcase said efforts.

Regardless, Black History month is a time to celebrate and acknowledge the advancements that Black people in history have made.