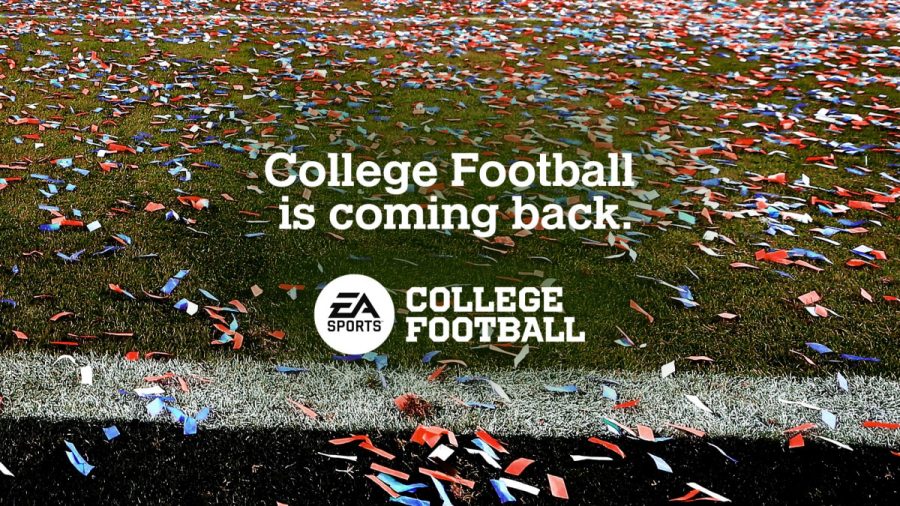 After a seven-year hiatus, EA Sports is finally releasing a new NCAA football game in the next one to two years.
This created an outrage of the excitement of fans. Any person that ever had the NCAA football games knows how much they influenced sport video games.

The adaptation of internet use into video games was first displayed at its height through the NCAA football game series.

The teambuilder feature allowed players to customize their teams and put them into the game. Other players could even download other players’ creations.

You can still find an AHS football team, along with other local high schools in the large database spread.
The “dynasty” mode was almost completely customizable where you could modify conferences, bowl games and schedules.

The “road to glory” mode started you out as a senior in high school where you could select a widespread of positions (unlike recent Madden games where you can only be quarterback), pick colleges to gain interest around you and hopefully make your mark in college.

You were also able to transport your “road to glory” player into Madden to continue your player’s football career into the NFL, an ability expected to take place in the new game as well.

“I am excited because the concept of playing as either a player in college or a college team offers a different experience that is much more in-depth and fun to play,” junior Michael Getsey said..

The game was always well received because of its customizable game modes and there were no preset animations so anything could happen.

But like all good things, it came to an end, thanks to the NCAA’s rules about player publicity and their ability to make a profit off the self platform.

NCAA athletes aren’t allowed to receive profit for their picture on the cover of the video games, the same reason why EA’s basketball video game College Hoops series came to an end in 2010.

NFLPA banned most of the customization features in the EA Madden (the official NFL video game) games, which made them boring.

The games became repetitive and the story modes they attempted to bring back the feel of “road to glory” lacked the ability to customize anything at all.

They’ve tried to fix it but all the story modes have too many loopholes and get boring after the second season.
You may be asking yourself how they can make the video game series again if it’s practically illegal.

The NCAA is considering opening up the ability of players to market themselves.
In California, they’ve already changed the rules.

If the NCAA opens up the market for all schools, EA will have the ability to recreate the series.
Even if these rules aren’t passed in time, the plan is to have generic teams using the college football format and opening up a nearly fully customizable game.

This would mean players could recreate the NCAA teams and other players would be able to download them as well, or at least that’s the hope.

“I am also excited for NCAA football to come back because the old NCAA video games were fun and the newer football games aren’t very good,” Getsey said.

Players are still a little skeptical and worried it will end up in the hands of the Madden creators and they will ruin the series.

As a fan of the games myself, I’ve been waiting for this game since I was nine. I am hoping that it will have been worth the very long wait.