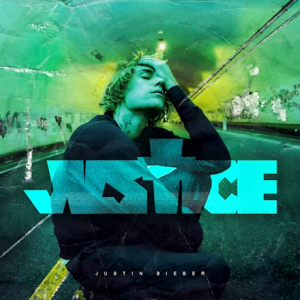 Justice is a new album by Justin Bieber with the purpose of showing his new perspective of life, as an adult, as someone who is married, and as someone who grew up in the media with a tough past. Here are some of the most notable of the album’s 16 tracks:

This is definitely a song about his wife. It’s a very cute love song, with a nice, calm tune. One of the lines I like from this song is, “Don’t wanna close my eyes, I’m scared I’ll miss too much”. It’s referring to how he doesn’t want to waste any time with Hailey Bieber, his wife. This song is great for when you feel like you want to spend every moment with someone.

Another love song? You guessed it. This one has beautiful flow, and is definitely going to be at the top of my list. The lyrics from this song, such as “One touch and you’ve got me stoned / Higher than I’ve ever known,” are quite clever and unique.

The tune to this song starts off like a slow song, but it quickly shifts to an upbeat tune, and that gives it a quite catchy, and nice feel. There’s a lot of happy vibes with this song, and it makes you want to jam out. The message behind this song was how faith brought him and his wife Hailey together.

This is just a sample of Martin Luther King Jr.’s Justice Speech. It’s in reference to the title of the album. Some people over Twitter were giving Bieber backlash for using MLK’s speech for the purpose of his album about his wife. However, MLK’s granddaughter tweeted out, “Each of us including artists and entertainers, can do something” and then thanked him in honor of his support for MLK’s work.

I love this song! It’s the type of song you can play in your car and blast with your friends, or play when you need to cheer up. The idea behind it is that life gets hard, but there’s something greater in the end. He owns up to his own faults by saying, “We all know I should be the one to say we all make mistakes.”

This song is pretty calm. It’s very angelic. It’s a song for when you’re missing someone but you can’t have them or be with them. There were some rumors around this song, that it was meant for his long-time, on again off again ex Selena Gomez, because she had also released a song a while ago called “Ghost of You.” However, others also said it was for Avalannah, a younger fan who he was close with who died of cancer.

I imagine going to the beach and then rolling down my windows, and just blasting this with wind blowing through my hair. Ideal situation. I enjoyed this song quite a lot, and this is the most popular song on the album.

I don’t know how else to describe this besides gold. It’s so powerful. This song will make you think you’re in love, even if you are far from that. It’s the perfect love song, when you know you’ve found the perfect person. My favorite lines are “Dance with me under the diamonds / See me like breath in the cold / Sleep with me here in the silence / Come kiss me, silver and gold.”