Cruella: A dive into the villain’s side of the story 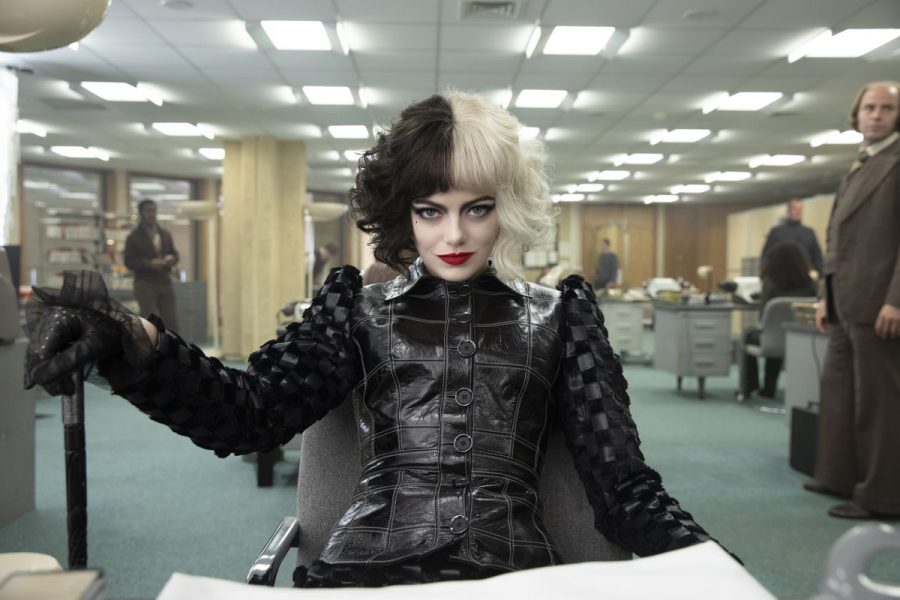 We first see Cruella as a villain in 101 Dalmatians, but we never get hear her side of the story.

In the live-action movie, Cruella, who is played by Emma Stone, is portrayed as a hardworking, inspiring fashion designer, who has had a rough life filled with adversities. The main antagonist Baroness, who is played by Emma Thompson, gives Cruella a hard time and won’t give her a chance to be someone in the fashion world. Due to all the hurt and pain Cruella went through, she makes it her mission to hurt Baroness in any way possible.

This movie did a great job of making the audience root for Cruella because we see how much she has struggled in the past and how much she truly wants her dreams to come true. You see her become more confident with herself throughout the movie which just adds the cherry on top.

When I first heard that they were coming out with a movie from Cruella’s point of view, all I could think about was how they could justify someone trying to hurt innocent animals, but the directors did it. I catch myself rooting for her throughout the movie. We also learn that the true reason she hates Dalmatians is because one caused the death of her mother. She doesn’t hurt any animals during the movie though.

The movie was a good combination of action, suspense, and comedy. The costumes they used in the movie were amazing, to say the least. In one particular scene, Cruella is wearing a white robe and she asks a butler for a lighter, which she then uses to burn her robe to reveal a red dress underneath. It was a captivating and draw dropping moment.

I would give this movie a 9/10 because the storyline, effects and costumes were top notch, especially since the budget was 100 million dollars. The way the whole movie came together to make Cruella look like the good guy was great. I recommend this movie to people of all ages. It’s not one to miss.