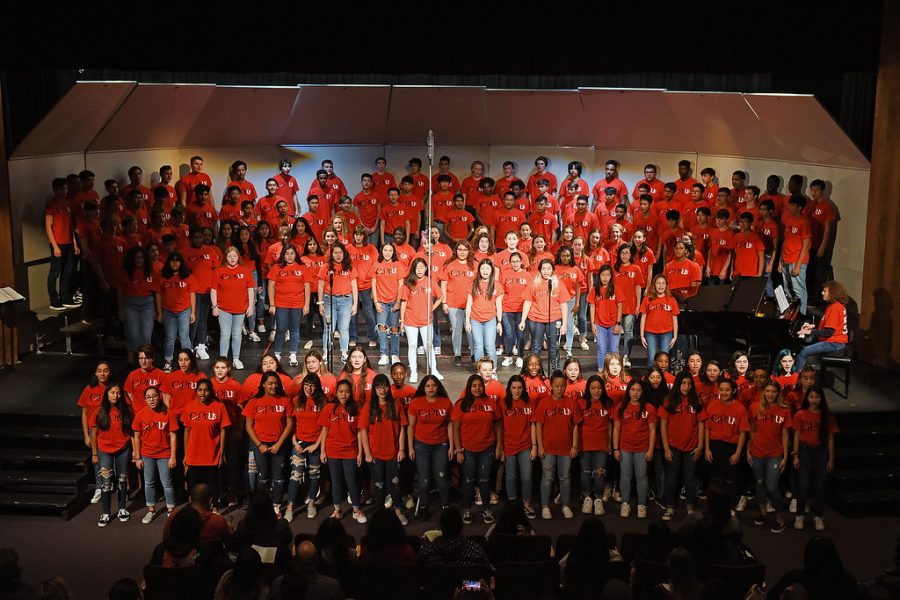 for their fall concert, which due to the pandemic will be their first live concert in over 18 months. The concert will take place on Oct. 21.
Students have been working hard to create a special performance. After a year of no concerts, being able to have live performances again is a big deal.

Students are preparing for their performance in a number of ways. While rehearsing in their classes, students have been learning their music and working on improving their songs.
“We are just learning our music and learning our repertoire. We have got an opener and a closer as well as every choir is doing at least two pieces. Annandale singers are doing three and they are brand new songs that they have just learned and are in the process of learning,” Annandale’s choir teacher Patrick Vaughn said
“I’m really excited to be singing with everyone again. Last year we did virtual concerts so we submitted a video, but when you have a concert and you’re singing with everyone in the auditorium it’s like magic, it all just sounds so good,” senior Isabel Dalsimer said.

“I am most excited for our first song “we sing” I really like the way it sounds. I am also very excited to be able to experience being in a concert again since it’s been part of my life for so long performing will be very fun,” sophomore Anaya Thopmson

“I’ve been preparing for the concert by doing warm-ups, listening to the music that we are going to sing outside of class, learning my part and studying notes,” said Thompson.

“I’d say how much work everyone has put into these months and Since now we have masks it’s going to be hard for us to sing and let our voices out but based on what we saw from the star spangled banner piece during the past football game, I believe we have a good representation of how much we have worked upon on these past few months,” junior Jasson Rosriguez said.

“Most of the pieces are about being back together and being back as a family and just about the joy of singing and how it can bring everyone together even after how hard this past year was,” Dalsimer said.
“The pieces are about having hope, faith and seeing there is a light at the end. It’s a very uplifting theme for this concert,” Rodriguez said

“This concert is about hope and togetherness and being able to sing again. You’re going to see lots of themes of lots of positivity,” Vaughn said.

“The piece we were just working on is a piece written by Dolly Parton called “Light of a Clear Blue Morning” and it takes the idea that sometimes in life there are things that are kind of dark, but you can see the light coming and that is where we are at now, coming out of this pandemic we are finally getting to see some light rather than all the darkness of being closed in,” Vaughn said.

The themes of togetherness and unity will be a heartwarming experience after the adversities of the past year. Having the community together again to be able to sing is a great opportunity that has been greatly missed over the course of the pandemic.

After 18 long months of not being able to have live performances, it’s clear Annandale choir students are working very hard to create a memorable concert that can bring us together.
The concert will take place on Oct. 21, at 7:00 p.m. in Watson Auditorium here at Annandale.